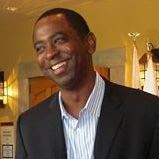 friends who also happen to be the godparents of his son. This week - in 2017 - one of those donations was listed in godfather Paul Manafort's long-delayed filings of his work on behalf of the pro-Russian political party that controlled Ukraine's government.

Manafort was Donald Trump's Campaign Manager for a period in 2016, and is a key figure in the ongoing investigations into ties between Trump (and his campaign), and Russia (and Russian interests). This week, he belatedly filed required Foreign Agents Registration Act ("FARA") documents with the U.S. Department of Justice, indicating that he had received more than $17M in two years from the Ukrainian client.

Buried in one of those filings (also, reproduced below) is the surprising entry that Manafort donated

$2,500 on August 24, 2012, to Vernon Parker for "Arizona State Office". (That is materially incorrect - Parker was running for U.S. Congress from Arizona's 9th Congressional District; he was the Republican nominee, but lost to now-Rep. Kyrsten Sinema.)

Sure enough, the contribution shows up in Parker's FEC (Federal Election Commission) report, as being a personal contribution from Manafort.

As it turns out, over the years, Parker has received more contributions (nearly $10,000) from Manafort and his wife Kathy than any other candidate for federal office received (including Trump, McCain, Bush, and the few Congressional candidates the Manaforts supported).

Parker told Arizona's Politics this afternoon that the contributions had nothing to do with Manafort's work with the Ukrainian party. "At no time have I ever discussed Ukraine, Russia or any other foreign entity with Paul... our relationship has always been personal."

Parker explained just how close the Parkers & Manaforts have been:


"I met Paul Manafort through his wife Kathy Manafort. I was editor-in-chief of the Georgetown University "American criminal law review": Kathy was on the law journal. We have been family friends of theirs for nearly 30 years. We had our wedding reception at their home 26 years ago. Paul and Kathy Manafort are our son's God Parents."

Arizona's Politics - which has reported on Parker several times through his two runs for Congress and one for the Arizona Corporation Commission - asked Parker whether he had any thoughts about the investigations that Manafort now finds himself embroiled in. The local business consultant stated. "Theoretically, we are always presumed innocent until proven guilty...my wife and I have known Paul and his wife Kathy on a personal level. They have been friends for many years and will remain our friends."