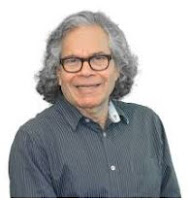 However, the political contribution that Kapoor and Insys are best known for was the $500,000 given to the Arizona committee fighting last year's initiative to legalize recreational use of marijuana.

Torunn Sinclair, the Communications Director for the Arizona GOP, indicated on Twitter tonight that the Kapoor monies were "already donated".  She has not yet replied to Arizona's Politics' requests for further details.

We welcome your comments about this post. Or, if you have something unrelated on your mind, please e-mail to info-at-arizonaspolitics-dot-com or call 602-799-7025. Thanks.
Posted by Mitch M. at 9:05 PM