Managers of Jeb Bush's Campaign and "Campaign" Both Have Ducey, McCain Connections

The leader of Jeb Bush's anticipated Presidential campaign last saw campaign action last year as a consultant for Doug Ducey's successful Arizona gubernatorial campaign, according to the Wall Street Journal today. Thus, both Bush's campaign and his "campaign" are led by men with Arizona and John McCain connections.

39-year old Danny Diaz is apparently a surprise choice to head up the Bush committee, according to 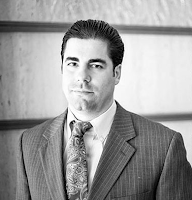 the WSJ.  However, as the lede of the article notes, Diaz has worked for the past three GOP presidential nominees, including Arizona Sen. John McCain's effort in 2008.

Diaz was deputy communications director for the McCain campaign that year; the chief strategist was Mike Murphy.  Murphy has been directing Bush's Right To Rise SuperPAC, which is expected to take on many of the tasks that previously were handled by the candidate's (controlled) campaign committee.

Deep Red Strategies received $3,000 for work during the campaign against Democrat Fred DuVal. (He did receive $13,886 for work done during the multi-candidate primary campaign.)

*Open to suggestion re: the best term to describe a group of political consultants, or even consultants in general. We chose "covey" because it is close to a "coven of witches". The similarities made it irresistible; the AP Stylebook did not provide guidance.

We welcome your comments about this post. Or, if you have something unrelated on your mind, please e-mail to info-at-arizonaspolitics-dot-com or call 602-799-7025. Thanks.
Posted by Mitch M. at 3:33 PM