(UPDATE, 9:40am: U.S. District Court Judge Amy Berman Jackson ruled this morning that Rick Gates can escape house arrest for 4 hours tomorrow, in order to attend his daughter's competition. The Judge did note that the Special Counsel's Office is correct that Gates has not yet met the terms of lifting the house arrest. Here is the full text of today's Minute Entry:

Upon consideration of the motion and the opposition, the 67 Motion to Modify Conditions of Release as to RICHARD W. GATES III is GRANTED. Defendant must notify Pretrial Services of the precise times and locations. The government is correct that defendant Gates has yet to provide the Court with the information that would enable it to eliminate the condition of home confinement, and that condition, along with GPS monitoring, remains in place at all other times. SO ORDERED. Signed by Judge Amy Berman Jackson on 12/1/2017.) 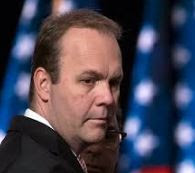 Gates was previously indicted and arrested by Mueller's team for alleged crimes he committed with business partner Paul Manafort (a Trump former campaign manager). He was released on the condition of posting a $5M bond and being confined to his Richmond (VA) house.

Yesterday, Gates asked the court to let him attend "his daughter's first competition in a particular event" on Saturday afternoon in Richmond.

Mueller's team (Greg Andres) opposed the request this morning, stating that Gates has not yet posted the required bail package. "Despite the defendant’s promises to secure an appropriate bail package that would allow him to leave his residence, he has failed to do so and, as far as the government is aware, has also failed to make any material advancement in those efforts."

No hearing has been set, and Gates' attorney did not request an expedited decision.

We welcome your comments about this post. Or, if you have something unrelated on your mind, please e-mail to info-at-arizonaspolitics-dot-com or call 602-799-7025. Thanks.
Posted by Mitch M. at 8:54 AM