In 2011, Maricopa County Sheriff Joe Arpaio began investigating the validity of President Barack Obama's birth certificate (and, by extension, whether Obama was not qualified to be President), at the urgings of Sun City West resident Brian Reilly.  When Arpaio continued the MCSO-related investigation even after the state of Hawaii sent Arizona Secretary of State Ken Bennett a verification of the birth certificate in 2012, Reilly became disenchanted.  That was the first falling domino likely leading to the current grounding of Posse-owned vehicles across Maricopa County.

Arizona's Politics (and, possibly other reporters) started investigating the status of Posse-owned vehicles, the accountability and transparency of the Cold Case Posse - as well as some of the other Posses affiliated with the Maricopa County Sheriff's Office ("MCSO") - and other related issues after Reilly published an account (on March 9) of his involvement with Sheriff Arpaio and the Cold Case Posse on a website that has focused on exposing the so-called "Birther Movement". Reilly wrote about how he and his wife had been involved in the Surprise Tea Party Patriots, invited Jerome Corsi to a meeting, and started a petition to urge Arpaio to investigate the birth certificate.  After meeting with "Sheriff Arpaio and his command staff", Reilly became a STPP liaison to the MCSO, started assisting the Cold Case Posse with the investigation, and then was sworn in as a CCP member by Arpaio.  He was assigned a posse vehicle with government plates and given a county gas key.  He states that he was concerned about the insurance situation, and had his personal agent attach a rider to his policy.

Reilly wrote that he quickly became disenchanted with the way the "investigation" was being handled, and resigned from the posse.  He became more and more bothered by the continuing investigation, and how CCP leader Mike Zullo and Sheriff Arpaio kept investigating and soliciting donations even after Secretary of State Ken Bennett received Hawaii's Verification of Birth.  (For the rest of Reilly's account, read his letter on ObamaConspiracy.com.)

The following day, Arizona's Politics began following up not only with Reilly, but also with the Sheriff's Office and the County (which generally are not on the same page in the last 20 years).  Some of the questions were repeats from 2012 and 2013, when the Sheriff and the Cold Case Posse he had tasked with the investigation held news conferences and meetings.  For example, who does the CCP answer to financially - it tells the IRS that it is responsible to the MCSO, but the MCSO and the County say they have no financial oversight. 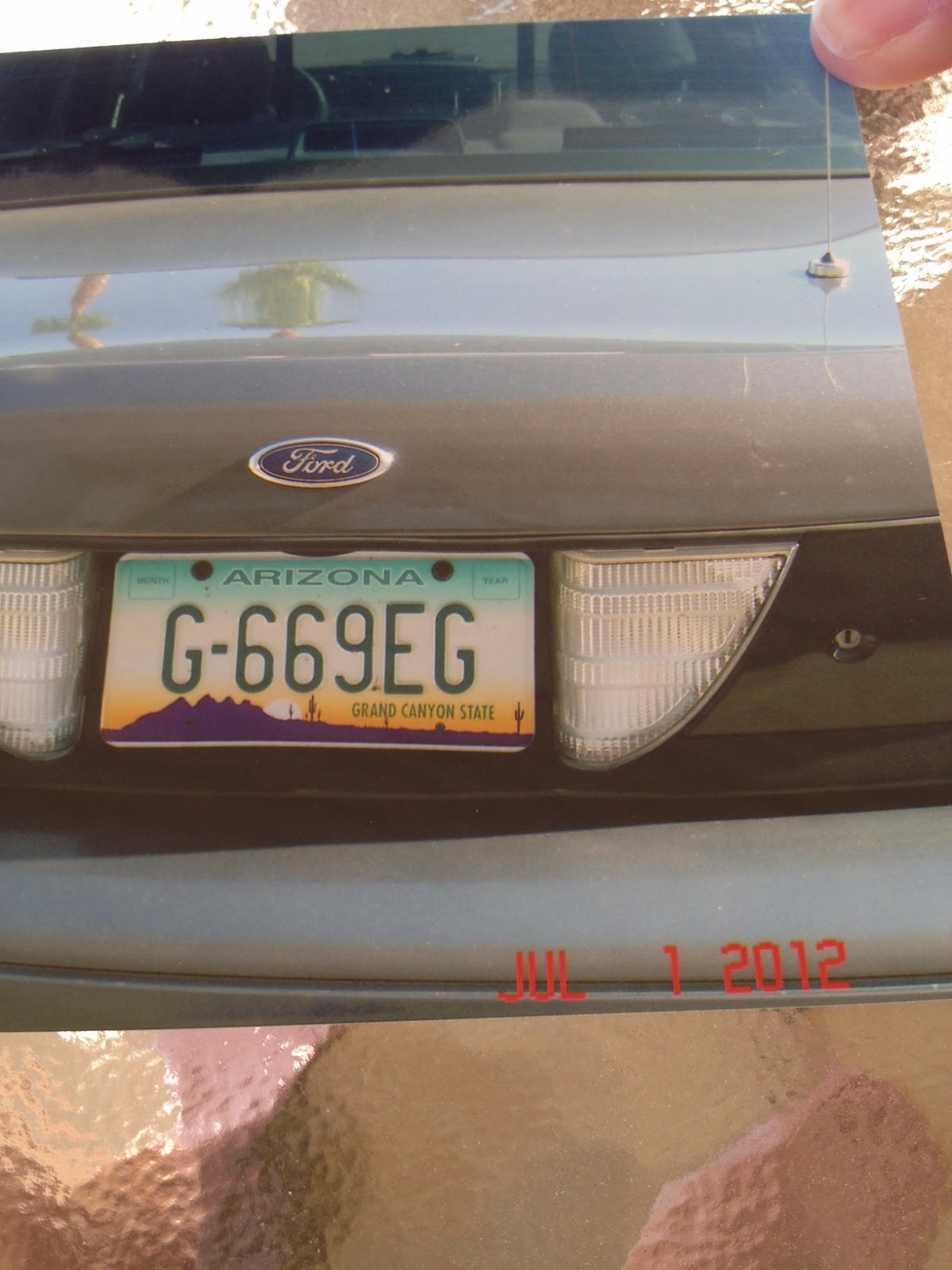 But, other questions had to do with the CCP vehicle that Reilly had been assigned, the county gas card, etc.  (Below the jump is a sample of the email inquiries.)  Similar inquiries were made of the County, and County Spokesperson Cari Gerchick sent a March 13 memo answering the initial questions.

Followup questions received silence, but things were apparently happening beneath the surface.

Ray Stern at the Phoenix New Times has uncovered a March 24 memo from the MCSO to its posse units about the insurance issues on Posse-owned vehicles with government plates.  On March 26, MCSO spokesperson Lt. Brandon Jones responded to Arizona's Politics, sending a copy of the July 31, 2012 policy sent to the posses on the 24th. (Policy is reproduced below the jump.)

So, the Reilly revelations about the problems that he saw with the relationship between the MCSO, the Posses, and the Posse members are already having valuable effects.  This continuing insurance glitch will result in ensuring that uninsured Posse-owned vehicles are not involved in some catastrophe with everyone's financial responsibility fingers pointing at each other.

It is apparent that a number of larger questions will remain once the insurance glitch is corrected.  There will still be the issues of accountability for Posses and their members when they are using the vehicles and when they are using county-purchased gasoline.  There will be the issues of financial accountability when Posses and their members receive donations from the public or from book deals, etc. - and, whom do the Posses have to make financial reports to.*

Most of the dominos have yet to fall, and Arizona's Politics - and, other reporters - will attempt to make sure that they remain lined up.


* This may be the mirror image of the brouhaha and investigation in the distant past of the accounting for Sheriff Joe's famous pink boxer sales.  In that case, the MCSO had been collecting the money before passing it on to an auxiliary.


We welcome your comments about this post. Or, if you have something unrelated on your mind, please e-mail to info-at-arizonaspolitics-dot-com or call 602-799-7025. Thanks.
Posted by Mitch M. at 12:22 PM

Thanks, Kevin. I have re-worked it.