As Congress tries to pass what is being called the "CRomnibus" ("CR" from Continuing Resolution, and "omnibus" from all the other stuff included), Arizona's Phantom of the House, the retiring Rep. Ed Pastor (D-CD7) spoke on the floor this morning to support it. 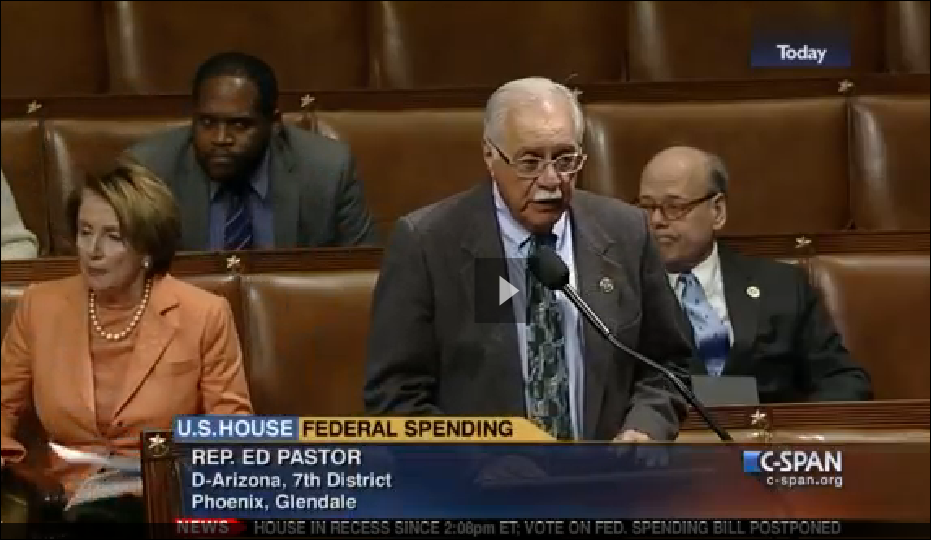 As this is being published, there are reports that the White House is trying to convince a shrinking number of Democrats to pass the measure to avert a government shutdown tonight.  Many Democrats are holding off because of provisions that offend them regarding loosened campaign finance limits and Wall Street regulations.

Republicans - who hold the majority in the House - have a number of members, including Arizona Reps. Paul Gosar (R-CD4) and Matt Salmon (R-CD5), who oppose the $1.1 Trillion spending measure.

Pastor spoke broadly, and emphasized the difficult aspects of reaching an agreement such as this.

http://www.c-span.org/video/?c4518955/rep-pastor-re-federal-spending
We welcome your comments about this post. Or, if you have something unrelated on your mind, please e-mail to info-at-arizonaspolitics-dot-com or call 602-799-7025. Thanks.
Posted by Mitch M. at 5:17 PM