The judge in Arizona Corporation Commissioner Robert Burns' case to force APS to disclose its suspected dark money campaign contributions has disqualified himself. Maricopa County Superior Court Judge James Blomo gave no explanation for the decision, which comes one week after Burns' attorney asked for an expedited hearing. 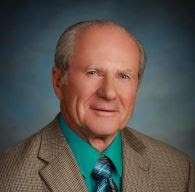 Today's minute entry (below) also comes only one day after Capitol Media Services published an article about the case. The explosive dispute focuses on whether Commissioner Robert Burns can force the state's largest regulated electrical utility to disclose whether it funneled undisclosed monies to be spent on the 2014 Corporation Commission election.

Other races, including those for Governor (for Doug Ducey), Attorney General (for Mark Brnovich) and Secretary of State (for Justin Pierce) may have been impacted by APS dark money, as well. APS/Pinnacle West also provided semi-open support that year to the Republican Governors Association and the Republican Attorneys General Association.

Arizona's Politics extensively covered the 2014 dark money influx while it was happening and afterwards, and will continue to provide coverage of the Burns/APS dispute.

Arizona's Politics has asked the parties for comment, and will supplement as needed.

Judge Recuses From APS/Dark Money Case by arizonaspolitics on Scribd
We welcome your comments about this post. Or, if you have something unrelated on your mind, please e-mail to info-at-arizonaspolitics-dot-com or call 602-799-7025. Thanks.
Posted by Mitch M. at 4:13 PM