Rep. Tom O'Halleran (D-CD1) was the only Arizona Representative whose vote on Articles of Impeachment was not already known. Here is his complete statement from this morning:

“Today is a somber day in America’s history. When I was elected to represent Arizona’s First 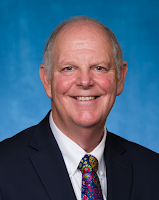 Congressional District in the House of Representatives, I never expected that we would vote on impeaching a sitting president.

“As a former law enforcement officer and criminal investigator, I spent my career gathering evidence and pursuing truth and justice. Throughout this impeachment inquiry process, I have remained committed to reviewing all of the facts before coming to a final decision on the matter. That is why I have reached my decision today, following the finalization of the official articles of impeachment.

“The constitution is a document we have lived by as a nation for over two hundred years. It is the shortest written constitution of any major government in the world, but it outlines clear grounds on which the impeachment of a sitting president is the correct course of action. Article II, Section 4 reads, “The President, Vice President and all civil Officers of the United States, shall be removed from Office on Impeachment for, and Conviction of, Treason, Bribery, or other high Crimes and Misdemeanors.”

“President Trump abused the power of the presidency and broke his oath of office when he bribed the nation of Ukraine by withholding military aid they had already been promised in exchange for help investigating a political opponent. The President’s own political appointees and phone call transcript confirmed these facts.

“I will vote to impeach the President because this bribery and abuse of power violated the constitution and put our national security and our international relationships at risk.

“Our democracy is the greatest in the world, and a model for many other nations. In our democracy, we must hold elected officials accountable when they break the public trust and put their own interests before the good of our nation.


“As we look forward to the second half of the 116th Congress, I remain committed to getting things done for Arizona families. We must work across the aisle to create good-paying jobs that grow our rural communities, lower health care costs for seniors and working families, and keep our promises to Arizona’s veterans.”

Arizona's Politics' co-founder, Paul Weich, started a new blog this week - UNimpeachableEvidenceAndNews - to present source documents and other news related to impeachment. Besides being able to read the Articles of Impeachment, the reports from both parties, etc., people who have difficulty reading print materials can listen or download the audio; Paul has recorded them as part of his volunteering for the non-profit reading service Sun Sounds of Arizona.

Tom, you just became completEly replaceable. Those,words are not yours, but those handed to you by the DNC who voted on impeachment before Mr Trump became President Trump.
You've become a joke in our district.
JL MEALER