Brewer appeared on the Fox & Friends couch this morning - she's in New York for state-related economic business and the Macy's Thanksgiving Day Parade. (She quipped that she is not sweet enough to melt in the rain... and she apparently won't "float", either.)

Brewer declared Obama's actions "absolutely wrong and unjust and certainly unconsitutional". At the hosts' prodding, she also declared the costs to Arizona would be "horrendous" and "a killer", and wagged a famous finger. 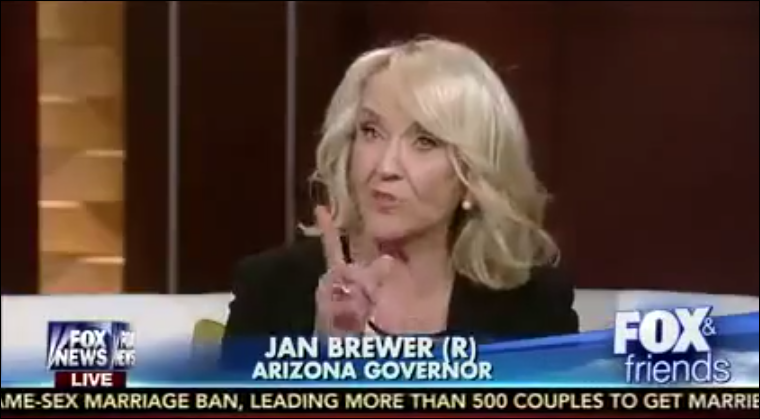 We welcome your comments about this post. Or, if you have something unrelated on your mind, please e-mail to info-at-arizonaspolitics-dot-com or call 602-799-7025. Thanks.
Posted by Mitch M. at 1:56 PM