Although Sean Noble's interview led to a major FEC complaint against him and the Koch Brothers network for 2010 activities, he and his group escaped any penalties.

Arizona's Politics reported earlier this afternoon on the large ($233,000) fines that Sean Noble's dark money allies agreed to pay the Federal Election Commission for hiding the true source of $50M worth of ads run in Congressional campaigns in 2010.

The FEC reached conciliation agreements with American Futures Fund ($140K), 60 Plus Association ($50K) and Americans for Job Security ($40K). (One of those agreements is reproduced below.)

The closing letter has been posted by CREW, and it indicates that the fined entities had violated federal law "by failing to identify donors who provided funds for the purpose of furthering certain independent expenditures and electioneering communications." 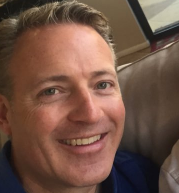 However, the Commissioners could not agree on the one conspiracy count which included Sean Noble and Center to Protect Patient Rights (nka American Encore). It is not yet clear (to CREW or anyone) what the vote was on the conspiracy claim, nor whether there will be any written opinion about it.

Noble and CPPR were not as fortunate in 2013, when California did include CPPR in a $1M settlement for "inadvertent violations" of campaign finance law. That settlement also involved Kirk Adams, now-Chief of Staff for Arizona Governor Doug Ducey, and called into question then-Treasurer Ducey's knowledge and involvement in similar operations for Arizona ballot measures. ("NEWS ANALYSIS: Arizonan for Responsible Leadership: Arizona Treasurer Doug Ducey Remains Mum On Anonymized Donors of Anti-Sales Tax Campaign Monies")


We welcome your comments about this post. Or, if you have something unrelated on your mind, please e-mail to info-at-arizonaspolitics-dot-com or call 602-799-7025. Thanks.
Posted by Mitch M. at 4:04 PM