COMMENTARY: "The President’s help in a primary will nearly guarantee a general election defeat"

Here is Arizona Republican political consultant Chuck Coughlin's entire analysis for Arizona's Politics about the possible impact of outgoing President Donald Trump's involvement in Arizona's politics.
The rest of our News Analysis about the 2022 U.S. Senate race can be found here.
Coughlin is the President and CEO of Highground Public Affairs Consultants. 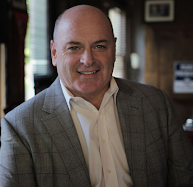 The question placed to Coughlin was "Do you think Trump's attacks on Ducey - combined with both Trump's praise of Ward at the rally in October AND Ducey's rapid response - signal the beginnings of a primary campaign battle, with Trump trying to flex his muscles?"
I take the President’s displeasure with the Governor for what it is.. self-centered egotistical behavior totally expected an unsurprising.  There are several  questions Trump supporters should be asking themselves;
If the President turned that quickly on the Governor and Senator McSally, how long before he treats me just the same? Given the President’s track record and his relationship to the truth, Do I want to stake my entire political fortunes on this one guy who just lost Arizona?
For me, I have concluded, absent a disastrous first two years of a Biden administration, that the President’s help in a primary will nearly guarantee a general election defeat.  Trump is  not on the ballot in 22, so his supporters won’t be nearly as enthusiastic.  Trump’s ability to raise money will be severely handicapped by his loss of the White House.   His endorsement will likely mean I cannot wholly rely on him for fundraising and his support will jeopardize my own ability to raise funds independent of him.
And, let’s remember, Kelly has the ability to largely control the narrative of this race.  If he stakes out, as Sinema has done, a center left voting record and avoid votes where he is tagged as a progressive, he will be harder to defeat , without a Presidential race at the top of the ticket.  Also there will be an open Governor’s seat and one new Congressional district on that ballot as well further diluting attention from the Senate campaign.
I could see a scenario where there are several Republican candidates for Senate and the Trump endorsed candidate being out fundraised by a better center right candidate who didn’t want to struggle with the Trump shadow and sought to run a campaign that included Trump supporters and other center right Republicans.
Look at that, the curtain hasn’t even come down on 20 yet and we have a double feature going in 22!  Should be fun.
Posted by Paul at 9:00 AM