DOUBLE TAKE: All 4 Arizona Congressional Republicans Split With Trump On Covid Stimulus Checks, While Supporting His Veto Of Defense Measure

Arizona's Republican Congressional delegation made a rare split with President Donald Trump today. The foursome of Paul Gosar (CD4), Andy Biggs (CD5), David Schweikert (CD6) and Debbie Lesko (CD8) all opposed raising the Covid-19 Economic Stimulus payments from $600 to $2,000, which the House approved with 44 GOP votes after the President's surprising pre-Christmas announcement that he might veto the relief package and that the checks should be larger.
The House managed to get the 2/3 vote necessary to agree with the President, passing it this evening by a 275-134 margin. All of Arizona's five Democrats voted "aye", although two Democrats from elsewhere opposed it.
The measure faces an uphill battle in the Senate, where at least one Republican is expected to oppose an effort to pass it by unanimous consent tomorrow. That will put it into a lengthy process that will be difficult in the GOP-controlled body. 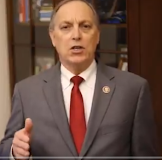 Arizona's 4 Republican House members were also in the minority this evening in opposing an override of the President's veto of the National Defense Authorization Act. The override passed by an overwhelmingly easy margin of 322-87, which included a clear majority of Republicans.
The veto was based chiefly upon the President's anger that Congress did not include provisions limiting a shield protecting internet companies like Facebook (Section 230) and that it requires the Pentagon to rename military bases/facilities named for Civil War Confederate leaders.
In explaining his support of the veto, Arizona Rep. Biggs stated "it (the bill) serves foreign interests, not American interests." 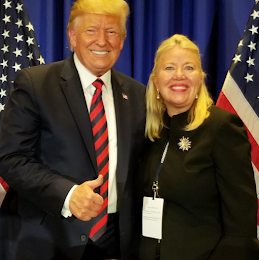 Interestingly, Arizona Rep. Lesko voted FOR the NDAA less than three weeks ago. She has not yet made a public statement about the change of position. Arizona's Politics has requested an explanation and will update if warranted.
If you would like to show your appreciation for Arizona's Politics reporting, please consider donating to our pool to support OTHER journalism-related nonprofits.
We welcome your comments about this post. Or, if you have something unrelated on your mind, please e-mail to info-at-arizonaspolitics-dot-com or call 602-799-7025. Thanks.
Posted by Mitch M. at 9:05 PM