Perhaps taking a page out of Donald Trump's playbook*, Maricopa County Sheriff Joe Arpaio's sometime-attorney is going on the PR (and legal) attack against the U.S. District Court Judge who is holding Arpaio in civil contempt of court and is on the verge of referring him for a criminal contempt investigation. 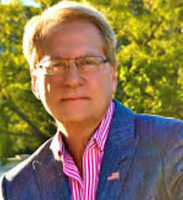 Larry Klayman - who is representing MCSO informant Dennis Montgomery - says Judge G. Murray Snow "thinks and acts like the fascist Italian dictator Benito Mussoulini", and that last week's court proceedings were "a modern-day lynching by a federal judge. He points out that the Italians' WWII leader ended up killed and hanging, while claiming "I firmly do not advocate this for Judge Snow, as I do not believe in violence."

The Klayman column was published Friday on longtime Klayman/Arpaio ally wnd.net under the headline "'Il Duce' Judge Out To Destroy Sheriff Joe".

Klayman indicates that the 9th Circuit Court of Appeals will be reviewing the "jurists' (sic) outrageous misconduct concerning my client Dennis Montgomery", and says that the Judge's threats prompted Arpaio and Maricopa County attorneys to "unethically (seek) to protect their own derrieres."

Klayman represented Arpaio in his unsuccessful legal action against President Barack Obama, attempting to overturn executive actions regarding illegal immigration. Klayman inexplicably uses the present tense, although the Supreme Court flatly denied Klayman and Arpaio not once, but twice.

Arpaio and former Arizona Governor Jan Brewer are prominent Donald Trump surrogates and supporters. Brewer today touched off a Trump campaign brouhaha when she told Trump on a conference call that his campaign had instructed her and other surrogates to not speak about the inflammatory Trump University case and the presumptive nominees comments about the judge. Trump told Brewer and the others to ignore his staff's email and to echo his anti-Curiel comments (and to call reporters racist for asking questions).  Perhaps Brewer can also intervene with Sheriff Joe and Larry Klayman.

* In fairness, Klayman has been using this playbook for many years; it may be said that Trump is using the "Klayman Playbook". (Now THAT debate would be worth the price of a ticket!)

h/t to Seeing Red Arizona for seeing and bringing our attention to the Klayman column.