Attorneys for Arizona Secretary of State Katie Hobbs has renewed its call for sanctions against the AZGOP for filing an "objectively groundless" lawsuit. The blistering Reply to the AZGOP's warning to  Judge Randall Warner uses a January 6 tweet from Chairwoman Kelli Ward as the ultimate example that the party's "obvious motives were to delay final election results and sow doubt about the integrity of Arizona's elections system." 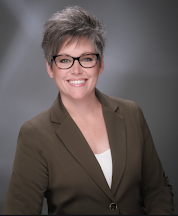 Superior Court Judge Warner now has the issue of whether or not to hold the AZGOP responsible for the more than $18,000 in attorneys' fees incurred by Hobbs (D) in defending the action. The case was about forcing Maricopa County to audit 2% of precincts rather than 2% of vote centers, which the court dismissed because Arizona's Election Procedures Manual has the force of law and explicitly provides for such an audit.

The Reply (below) notes that AZGOP attorney Jack Wilenchik "chides the Court for 'even contemplat[ing] sanctions' in this case because in ARP's view, its arguments are 'debatable'. Not so." Arguing for the Secretary of State, Kristen Yost points out that the "plain text" of the hand count audit statute "debunks" the party's claim, and that the GOP participated in previous similar audits and could have and should have challenged the procedure long before the November election. Finally, she points out that AZGOP should have known the audit had already been completed before the lawsuit was filed.

Wilenchik's Response had emphasized that he had only had a few hours to research the lawsuit before filing it (because of tight election case deadlines). Hobbs' Reply bluntly answered "That is no excuse. Election litigation is no doubt fast-paced, but litigants and their counsel still must comply with their ethical obligations, the Rules of Civil Procedure, and A.R.S. §12-349(A)."

A different lawsuit filed by Wilenchik on behalf of Chairwoman Kelli Ward is currently on appeal at the U.S. Supreme Court.

We welcome your comments about this post. Or, if you have something unrelated on your mind, please e-mail to info-at-arizonaspolitics-dot-com or call 602-799-7025. Thanks.
Posted by Mitch M. at 5:14 PM