10:05pm: Here are the 121 Representatives who voted to overturn ARIZONA'S election results.

THREE of the four Arizona GOP Reps. voted for the OBJECTION. @RepDavid Schweikert voted to reject it.

“In America, we have fair elections and peaceful transitions of power. In America, democracy prevails over chaos. And in America, those who commit violent acts against our government are held accountable. These are the values that I served to defend in the United States Navy, and that I have sworn an oath to uphold in the Senate, and they have not failed us.

“Our democracy was tested today. First, by a baseless objection to Arizona’s electoral votes, despite the fact that Arizona’s elections were fairly administered and certified by a Republican Governor, a Democratic Secretary of State, and public servants at every level of government and representing both political parties. And then again by individuals, spurred on by the president, storming the Capitol in an unpatriotic attempt to overturn our election. They will fail, tonight we will count Arizona’s electoral votes and those of every other state.

“For centuries, our democracy has thrived because after elections we have come together to find common ground and solve our challenges, and that is the work we begin tonight. My focus will continue to be on representing Arizonans by working with Republicans and Democrats and the incoming administration to beat this virus and rebuild our economy.”

8:26pm: House is voting on the the objection to Arizona's Electoral College votes. They are voting in small groups (pandemic-style), so this could take a while.

Halfway through the two-hour debate on the objection to Arizona's Electoral College votes for Joe Biden and Kamala Harris, pro-Trump protesters breached the Capitol, causing both Chambers to go into an emergency recess. Arizona Rep. Paul Gosar was in the middle of his 5-minute speech when the interruption occurred.

In the meantime, we are posting the video from the speeches by Arizona's elected officials.

First, was Rep. Andy Biggs. He leaned heavily on the court challenge that allowed 35,000 more Arizonans to register after the legislative-passed October 5 deadline.

A couple of speakers later, the senior member of Arizona's Congressional delegation spoke. Here is the video of Rep. Raul Grijalva (D-CD3)

It appears that Gosar was referring to some of the theories presented at the evidence-gathering meeting presided over by some Arizona lawmakers and led by Trump attorney Rudy Giuliani. The theory was also presented in some of the court challenges.

The House briefly went back into session solely to allow Gosar to conclude his remarks. He quickly took the opportunity to present a new (FALSE) claim: "Over 30,000 illegal aliens voted in Arizona using the federal ballot, yet our Secretary of State refused the public access to review the ballots."

This misinformation could be a distortion of the number of federal-only voters in Arizona. Currently, there are about 23,000 voters in Arizona who qualify for a federal-only ballot. These voters are registered to vote in accordance with federal voting rights laws, attesting to their eligibility, including their citizenship, under penalty of perjury. It is flat out wrong to say that they are not legal voters.

Not all of those 23,000 federal-only voters participated in the November election, either. And, those who did vote did not only vote for Biden over Trump. (And, some may have voted for Rep. Gosar!)

Over on the Senate side, about 15 minutes before the breach, Arizona Senator Kyrsten Sinema (D-AZ) took to the well to defend the fairness and legality of Arizona's election.

Arizona's Politics has learned that Arizona @RepGregStanton was about to speak (following Gosar) when the Capitol was breached. Expect him to either be 1st up when debate is able to resume. (Or, after some speeches denouncing the violence.)

Most of Arizona's Congressional delegation has reported on Twitter that they and their staffs are safe, and there are no reports of any Congressional persons injured.

(This is obviously a developing story, and we will continue to update.)

Arizona Rep. Paul Gosar (R-CD4) announces the objection to Arizona's electors. Grounds given in the objection: The votes were "not regularly given".

We now split into the House and Senate. Each chamber of Congress to debate the objection to Arizona's Biden electors for two hours. The objection would have to have a majority approving it in BOTH chambers.

11:00am: Congressional Research Service: Today's Promised Challenges Are NOT Common

One thing we have repeatedly heard at Arizona's Politics is that the objections we are about to hear are common at this counting of the Electoral College votes. However, the non-partisan Congressional Research Service has put in the work of analyzing the Constitution, the Electoral Count Act, the way Congress has handled this in the past, etc. Their report shows that this will be nothing like our country has seen since the Electoral Count Act was passed in 1887.

Only two times have objections been made, debated and voted upon. And, none were claiming a systemic fraud as we will be seeing today. In 1969, two Democrats objected to one North Carolina elector who was supposed to vote for Nixon/Agnew but instead voted for George Wallace/Curtis LeMay. (aka "faithless elector")

The second time was in 2005, when two Democrats objected to Ohio's electoral votes because of the voting system. Both Houses of Congress rejected that singular election.

As noted in our original article (below), Arizona Rep. Andy Biggs (R-CD5) will be front and center objecting to Arizona's election. Biggs posted this video to Twitter earlier this morning explaining the basis for his objection.

He refers to a court decision that extended the voter registration deadline, and is claiming that this took away the power to make state election laws from the Legislature. Of course, he does not know how those newly-registered people voted, but believes it is a sufficient reason to now disqualify Arizona's entire election. (It is not, he had an opportunity to fight the case in court.)

As noted in our original article (below), Rep. Ruben Gallego (D-CD7) will be among the speakers defending Arizona's election process. His office has provided us with his prepared remarks:

If there’s one thing we take away from this whole situation, it should be this:

Even the Republicans who are publicly trying to overturn our election today in this chamber know that Trump lost. It is a cold hard fact.

Sure – they want to avoid an angry tweet from the outgoing President.

The most dangerous reason Republicans are trying to undermine our free and fair elections is because they want to sow doubt in our elections in order to justify voter suppression efforts in the future.

Today they are laying the groundwork for voter suppression laws like the ones I fought against when I was in the Arizona legislature.

They are spreading misinformation about our election this year so that they can make it harder for Americans to vote because they think that’s the only way they can win.

But I have some advice for my colleagues who are challenging our free and fair elections today: do not bet against American democracy.

Do not bet against the American people.

Join us on the right side of history.

Uphold a government “of, by and for the people” by certifying the results of our free and fair election.

Arizona's Politics reached out to all the members of Arizona's Congressional delegation for comments.

Arizona will be the first of the five swing states that Republicans intend to challenge in today's counting of the Electoral College votes, and Arizona's Politics will be providing coverage.

Congress will be convening at 11am, Arizona Time. We do not know how much initial skirmishing over rules and procedures there will be, but it is very likely that Congress will proceed opening the states' electoral votes and announcing them in alphabetical order. That is one of the procedures typically followed.

Thus, we are fairly certain that once the process of announcing begins, the Arizona challenge will 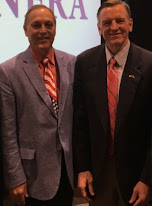 happen pretty quickly. Arizona's Politics has spoken with several of the Congressional offices, and a relatively clear picture is emerging. Several members of our House delegation will be taking part in the 2-hour debate that will happen concurrently in the House and Senate chambers.

So far, we have confirmations that Rep. Andy Biggs (R-CD5) will be leading the challenge to the bi-partisan certification of Arizona's Presidential election of the 11 Biden/Harris electors. He will have up to 5 minutes to speak, although he may yield a portion of that. It is also likely that one or more of the rest of Arizona's GOP delegation (Gosar, Schweikert, Lesko) will speak.

On the Democratic side, there will be a group of Representatives from around the country leading the defense of Arizona's - and the other swing states that Biden won - election process. However, it is fairly certain that Arizona Reps. Ruben Gallego (D-CD7) and Greg Stanton (D-CD9) will be part of the presentation. Rep. Raul Grijalva (D-CD3) is another possible defender. Arizona's Politics has not heard whether the rest of Arizona's Democratic delegation (O'Halloran, Kirkpatrick) will participate in the two hour debate.

Similarly, the plans over on the Senate side are still unclear. Arizona has two Democratic Senators, Kyrsten Sinema and Mark Kelly.

It is also expected that many of the elected officials who do not get a chance to speak will submit their written remarks for the record.

It is highly unlikely that either Congressional body - either the Democratic-controlled House or the (still) Republican-controlled Senate - will vote to approve the objections to Arizona's election. And, given that none of the courts, all the way up to the U.S. Supreme Court, have approved of the AZGOP-led requests to find the Electoral Count Act unconstitutional and grant Vice President Mike Pence the power to single-handedly decline to accept Arizona's certification of the 11 Biden/Harris electors, it is likely that Pence will grudgingly announce the acceptance of Arizona's election.

If you would like to show your appreciation for Arizona's Politics reporting, please consider donating to our pool to support OTHER journalism-related nonprofits.
We welcome your comments about this post. Or, if you have something unrelated on your mind, please e-mail to info-at-arizonaspolitics-dot-com or call 602-799-7025. Thanks.
Posted by Mitch M. at 10:27 AM