UPDATE, 4/29 at 4pm: Superior Court Judge Scott McCoy heard oral arguments this afternoon on whether Rep. Shawnna Bolick's nomination papers are false papers that should disqualify her from being placed on the August and November ballots. Judge McCoy took the matter under advisement.

The parties stipulated to the facts of the case - which are presented below - and agreed that the issue is purely a legal one. Representing Bolick, attorney Kory Langhofer noted that he had argued to the Arizona Supreme Court four years ago that using a private post office box in place of the required "actual residence address" was disqualifying. He lost that argument then, Langhofer stated.

Langhofer also noted that Bolick is also in the position of having a right to keep her address confidential because she is married to Supreme Court Justice Clint Bolick, and that she should not have to invite bad things to happen to her family. Attorney Jim Barton retorted that the Representative knows how to apply to the Court to shield her address from public record and that she did not make any attempt to do so here.

One nomination challenge filed in Maricopa County Superior Court today might draw national attention. Incumbent State Rep. Shawnna Bolick (R-LD20) finds herself as the defendant today, primarily for using a UPS Store mailbox instead of her actual residential address on her nomination papers and petitions. 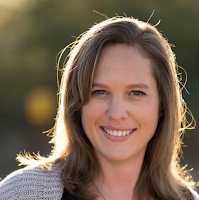 The challenge was filed by Judith Lohr, who is represented by Jim Barton, an attorney well-known for representing labor and Democratic interests.

If Bolick is knocked off of the ballot, her seat would be very likely to flip to the Democrats. Fellow incumbent Anthony Kern and newcomer Democrat Judy Schwiebert would be the two candidates on the ballot, unless someone collects enough signatures to make the ballot as an independent. The top two finishers in November are the Representatives for the north Phoenix district.

The nomination paper requires an "actual residence address" and a certification that the information is true and correct. The petitions that she circulated also require the "actual residence address". Bolick used a UPS Store mailbox on Bell Road on those papers, although she lives elsewhere. (Edited to eliminate the name of the street that the recorded documents show she lives on.)

Bolick is married to Clint Bolick, a Justice on the Arizona Supreme Court. As such, he - and presumably, she - are entitled to keep their residential property information confidential. However, there is a (confidential) court process to accomplish this and documents recorded earlier this year indicate that they have not availed themselves of those statutory rights. (And, just using a mailbox store would not be the proper way to exercise that necessary right, either.)

LD20 is one of three State House districts where local and national Democratic groups have indicated that they would focus their efforts. (The other two are LD17 and LD6.) If the Democrats flip two of the three, that would give Democrats control of the State House for the first time in many years.

A trial on the challenge is scheduled for next Wednesday.

Arizona's Politics has asked Rep. Bolick for a response and will update as needed.

For a look at the rest of the election challenges filed in Maricopa County Superior Court in the past week, please click here.

We welcome your comments about this post. Or, if you have something unrelated on your mind, please e-mail to info-at-arizonaspolitics-dot-com or call 602-799-7025. Thanks.
Posted by Mitch M. at 6:16 PM

Thanks, Anon! It will be a bench trial (no jury) in front of a very good judge (Kiley). It will be well-argued, and we'll let Kiley be the judge of that.

Really Paul? So you're saying the judge will be the judge? Thanks for the analysis.

You provided the ace analysis, Anon. (Or, is that "the anon analysis, Ace"?)

Glad to see that someone outed this clearly illegal and sophomoric attempt to the skirt the law. It's a clear demonstration of Ms. Bolick's lack of accepted ethical standards and the kind of political coaching she apparently gets at home.