Ninth Circuit Court Judge, Ambassador to Jamaica, Inspector General for the Department of Homeland Security, and a seat on the National Council on the Humanities - President Trump has re-nominated Arizonans for these four positions.

Bridget Bade, Donald Tapia, Joseph Cuffari and Phyllis Kaminsky were all nominated last year. However, with last year's Senate ending without acting on confirming these (and other) nominations, it was up to the President to re-nominate.

Bade had a hearing in front of the Senate Judiciary Committee last fall. (below) She is currently a U.S. Magistrate Judge in Arizona, and was re-nominated for the 9th Circuit yesterday.*

Tapia, a successful Paradise Valley businessman who donated $100,000 to President Trump's inauguration and another $100,000 to the state and national Republican parties in 2017, was re-nominated last week to become Ambassador to Jamaica. Tapia explained to the Arizona Republic last year that he has not been to the Caribbean nation in 20 years.

Cuffari is being re-nominated to become the Inspector General for the Department of Homeland Security. The important position has been filled by Acting IG John V. Kelly since 2017, and the DHS OIG is presently reviewing "the treatment of asylum seekers at ports of entry" by Customs & Border Protection, among other issues.

Cuffari has been Governor Ducey's policy adviser for military and veterans' affairs, and has had federal positions in investigations and oversight, as well.

Kaminsky has been re-nominated for a seat on the National Council on the Humanities. The Scottsdale resident has held senior positions in the National Security Council and the United Nations, along with a lengthy resume.

The Senate must confirm all of these Arizonans for them to take these positions. 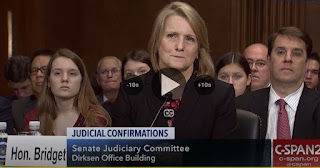 *Disclaimer: The author - Arizona's Politics' co-founder Paul Weich - has been a law school classmate and friend of Judge Bade.