As Ducey Meets With Trump In Phoenix, His Attorneys Defend Stay-At-Home Orders' Constitutionality In Court

The  question of whether Arizona Governor Doug Ducey's "Stay Home" Executive Orders are unconstitutional will be the primary issue Friday morning during argument before a U.S. District

Court Judge. A furloughed Flagstaff restaurant worker* filed the case more than a month ago against Mayor Coral Evans and Governor Doug Ducey.

Flagstaff took the case out of Coconino County Superior Court and brought it the federal court in Phoenix, and the Governor's attorneys today filed a raft of pleadings blasting Plaintiff Joseph McGhee's lawsuit. "Plaintiffs (sic**) relies on vague and plainly erroneous contentions that the executive order prevents him from leaving his home. Further, while Plaintiff appears to argue that COVID-19 poses no meaningful health risk to him, he provides no reason why this Court should ignore the well-being of the many persons for whom COVID-19 does pose grave danger."

The Governor's pleadings include the gradual steps towards re-opening non-essential businesses which have been taken during the past few days, perhaps highlighting the apparent reasonableness in Arizona's approach. The upcoming hearing coincides with a movement by some on the right to protest that the state is not reopening fast enough. Another example is the recall petition taken out on Friday charging that the Governor's Executive Orders have been unconstitutional. 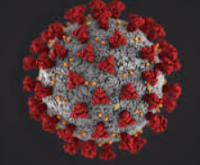 will take place by telephone in front of Judge G. Murray Snow. McGhee is representing himself, and the Governor has retained the prominent Phoenix law firm of Snell & Wilmer. Flagstaff this afternoon filed a simple "me, too" in joining with Ducey.

McGhee argues that the "mass quarantine" violates Arizonans' constitutional rights without providing due process. He also claims that the scientific evidence shows the Covid-19 death rate is lower than widely believed, meaning that the state is not in the "extreme peril" required for such emergency measures. "(T)he fear and panic gripping the world is wholly unjustified."

Ducey's attorneys also filed today a Motion For Judicial Notice, which lays out a valuable timeline of government statistics and actions.

For more of this article and to read some of the key pleadings in the case, please visit the article on our sister site, AZ Law.

We welcome your comments about this post. Or, if you have something unrelated on your mind, please e-mail to info-at-arizonaspolitics-dot-com or call 602-799-7025. Thanks.
Posted by Mitch M. at 3:16 PM