*Now* He Is Done - Corporation Commissioner Boyd Dunn WILL NOT Be On Ballot, Rules Supreme Court

The Arizona Supreme Court rejected Corporation Commissioner Boyd Dunn's argument that two separate challenges of his nomination petition signatures could not be combined, and he will not be on the ballot for re-election this November. 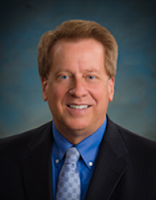 The two court challenges had two separate sets of signatures that they believed to be invalid. Either one of them would have failed, but when Superior Court Judge Roger Brodman added the invalid signatures from each of the cases, he found that Dunn did not have enough valid signatures.

Dunn's attorneys argued that the plaintiffs' attorneys could have incorporated each other's claims, but failure to do that did not give the Corporation Commissioner proper notice of which signatures to defend.

The four Justices of the Supreme Court who considered the appeal (Brutinel, Timmer, Lopez, Beene*) unanimously decided that that argument fails.


"The Candidate had timely notice of the challenges to the signatures on his petitions in each of the two verified complaints. Therefore, his claims that the doctrines of estoppel, laches and due process preclude the combining of the results from both of the cases fail because the Candidate had timely and proper notice of each challenge to each signature as required by A.R.S. § 16-351(A), and because as a result of the challenges, the Candidate did not have a sufficient number of valid signatures to be placed on the ballot."

There is still one appeal to be determined to set the Republican primary battle for the three Corporation Commission seats. Lea Marquez Peterson was not challenged, and the Supreme Court ruled in favor of Eric Sloan yesterday. David Farnsworth withdrew his candidacy after being challenged, and Nick Myers was removed by a judge. That leaves Kim Owens' case to be determined by the Supreme Court.

To read the Supreme Court's Order in this case, please go to our sister site, "AZ Law"

*These expedited appeals are heard by four-Justice panels. Justice Clint Bolick recused himself from being a member of the panel on this case.