(Clarification, 9:45am: Sinema did not form a new committee when she announced that she would run for Senate. No transfers necessary.)

Rep. Martha McSally (R-CD2) transferred $972,498 from her well-funded House campaign account to jumpstart her Senate campaign. She also continued raising money for her House campaign for approximately 6 weeks after announcing she would run for Sen. Jeff Flake's seat. 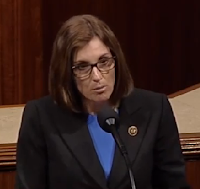 In other news, former Maricopa County Sheriff Joe Arpaio announced that he raised $500,000 in the 10 weeks after he announced his run to replace Flake, and that he had $250,000 cash on hand headed into April.

Campaign finance filings were due yesterday, but candidates for Senate can turn theirs in to the Senate, and there is thus a delay before they are publicly available on the FEC website.

The other major Republican candidate for the Senate is Kelli Ward. On the Democratic side, the major candidates are Rep. Kyrsten Sinema (D-CD9) and Deedra Aboud.

McSally (and Sinema) are   is permitted to transfer monies from their her House campaign committees to their  her Senate committees. However, contributors are not entitled to max out ($2,700 for primary, $2,700 for general) to both committees. (Thus, the committees need to note whose contributions are being transferred and whose are not.)

This gets trickier for the $200,000 in small, unitemized contributions that the McSally for Congress committee collected in the 1st quarter. Additionally, her House committee continued to spend money ($624,369) through March; she announced her Senate run on January 12.