The reaction - both nationally and in Arizona - to the Arizona legislature sending SB1062 to the Governor's desk continues to build.  The bill would permit Arizona businesses who do not wish to do business with people/businesses that offend their sincerely held religious beliefs.

That reaction has prompted such unusual occurrences as three of the Republican state Senators who voted for it last week calling on Governor Brewer to veto it.  Both of Arizona's GOP U.S. Senators - Jeff Flake, then John McCain - joined the "veto" chorus.  Star Trek actor George Takei is now warning of a boycott of the state if it should be signed into law.

And, with that, we might finally have an answer to a "What the..." question from the end of October.  Arizona's Politics reported that a Washington fundraiser for Flake's 2018 reelection campaign featured a photo of Takei giving the iconic Vulcan salute.  (Given that the fundraiser was 5 years ahead of the election, it gave new meaning to "live long and prosper." 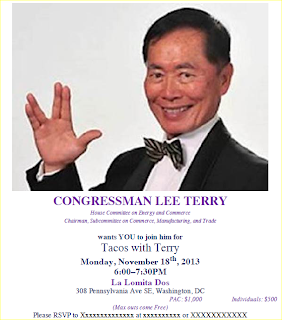 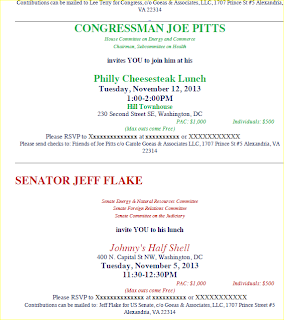 We welcome your comments about this post. Or, if you have something unrelated on your mind, please e-mail to info-at-arizonaspolitics-dot-com or call 602-799-7025. Thanks.
Posted by Mitch M. at 4:29 PM