The National Republican Congressional Committee ("NRCC") is not admitting that they were deceptive, but they have changed the donation pages on the misleading websites attacking Arizona Democratic Reps. Kyrsten Sinema (CD9), Ron Barber (CD2) and Ann Kirkpatrick (CD1).  Arizona's Politics was the first to report that all three incumbents in swing districts were being targeted with what the NRCC calls "attack microsites."

Two days later, CNN reported on the sites that they called "fake", and today they broke the news that the NRCC had made a change, making it "less misleading."

The NRCC has left the official-campaign-sounding URL's ("SinemaForCongress", "AnnKirkpatrick", and "RonBarber2014") in place, and the "home pages" still lead with banners saying "______ for Congress".  However, now, when you hit equally-large "Donate" button, you are taken to an NRCC page clearly identifying that you are making a contribution to defeat the incumbent you first thought that you were "for".

For example, the "Sinema For Congress" donate page went from 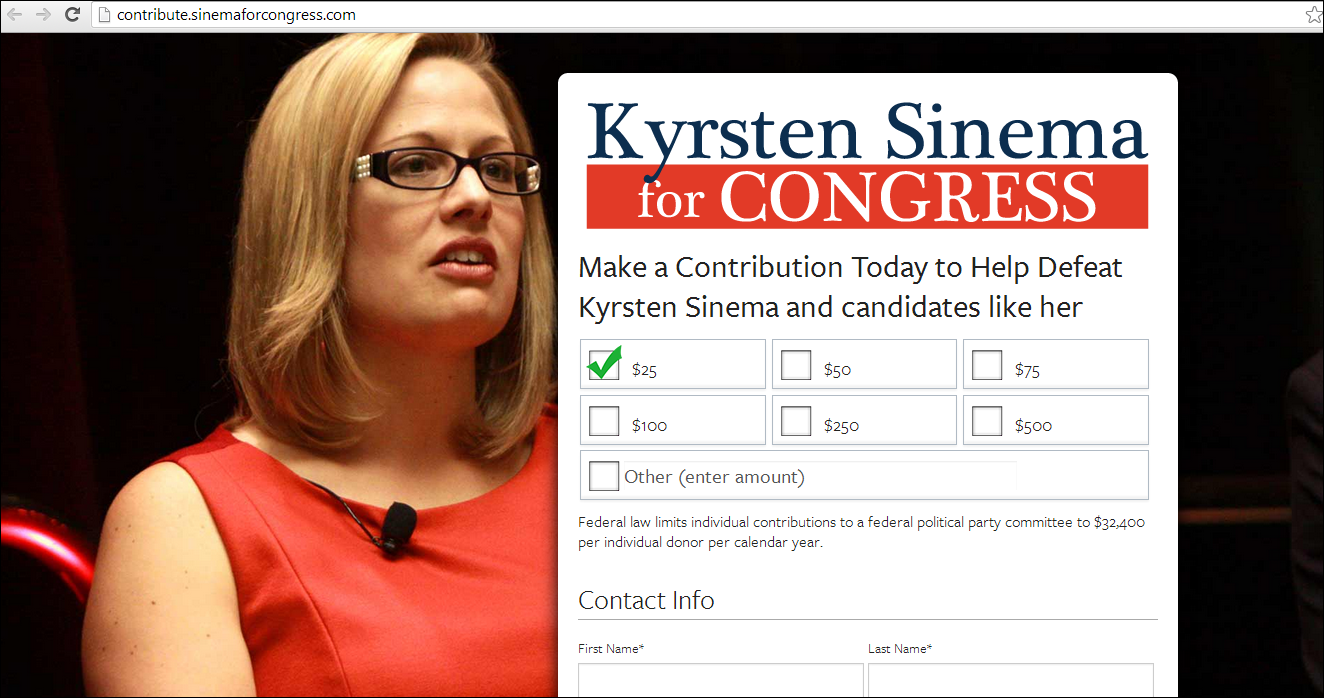 (with an unsecured URL of "http://contribute.sinemaforcongress.com/") to 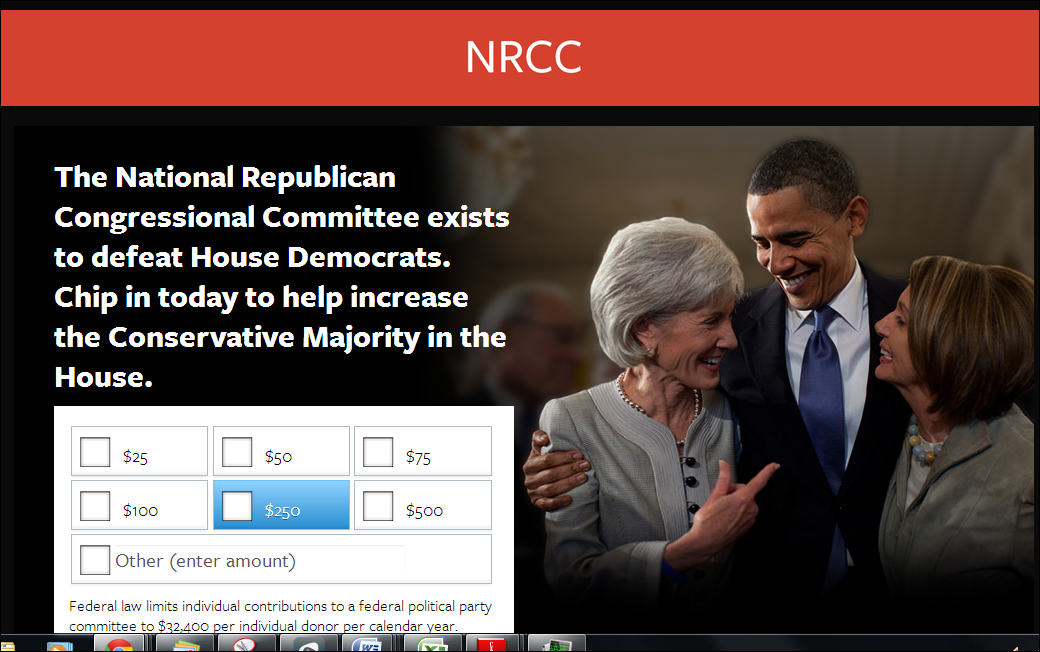 (with an appropriate, secured URL of "https://www.nrcc.org/defeat-house-democrats/").

The Kirkpatrick and Barber microsites go to the same "donate" page.

Arizona's Politics reviewed NRCC's 4th Quarter 2013 FEC filing, and could find no instances of Arizonans who mistakenly gave money to the NRCC.  However, NBC and CNN had spoken with one Democrat who had inadvertently given to the NRCC when he had been trying to support his Florida Congresswoman.

NRCC spokesman (and, Arizonan) Daniel Scarpinato told CNN that the minor change was not because of the negative publicity they received.  "We recently updated our contribution pages, as we frequently do, to highlight our efforts to defeat House Democrats in 2014 and prevent Nancy Pelosi from ever being Speaker of the House again.”

As Arizona's Politics previously noted, the microsites are not primarily designed to gain contributions from people who happen upon them; the main intent appears to be to get the attention of undecided voters who may be searching for information about the Democratic incumbent.  (The URL, the search results, the smiling face of the Democrat - taken from the incumbent's own website - the "___ For Congress" banner.)

Images of all of the pages targeting Sinema, Kirkpatrick and Barber are at Arizona's Politics' previous article on the subject.


We welcome your comments about this post. Or, if you have something unrelated on your mind, please e-mail to info-at-arizonaspolitics-dot-com or call 602-799-7025. Thanks.
Posted by Mitch M. at 3:02 PM