Arizona Rep. Matt Salmon (R-CD5) spoke today at the Heritage Foundation's Conservative Policy Summit about electronic communications privacy, and his bill to amend the relationship between the U.S. government and those it wishes to monitor. 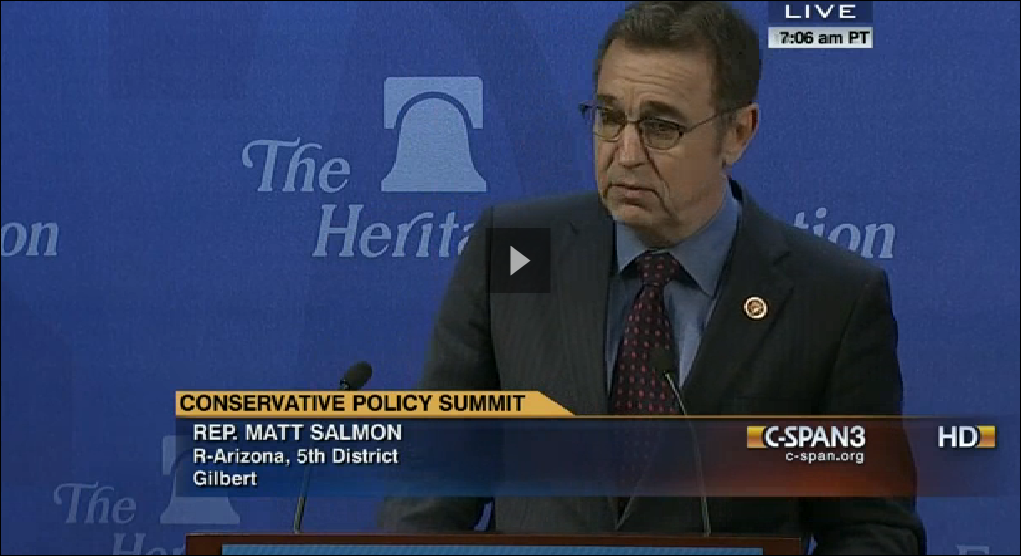 Last May, Salmon introduced The Electronic Communications Privacy Act Amendments Act of 2013.  Fellow Arizona Reps. Trent Franks (R-CD8), Paul Gosar (R-CD4), and Kyrsten Sinema (D-CD9) are among the co-sponsors of the bill that would change the provisions of when the government can require the disclosure of communications over the internet.  The bill has not yet had a hearing.

Politico published an article today coinciding with the Heritage Foundation's summit, noting how the long-running conservative thinktank has responded to House Speaker John Boehner's assertion late last year that "conservative groups like Heritage Action for America had 'lost all credibility.'”

Salmon is featured in the article as one of the 2 or 3 dozen House members who are part of "Team Heritage."


Rep. Matt Salmon (R-Ariz.) is decidedly on “Team Heritage,” calling the group’s staffers “some of the most brilliant conservative minds in the world.”
“I rely on them very heavily,” Salmon said. “I respect their opinion immensely.”


Indeed, Salmon currently has the third best score in the entire House of Representative on Heritage Action's House scorecard, with a 97%.  But, surprisingly, that is also only the 3rd best score among Arizona's delegation!

Arizona colleagues Franks and David Schweikert (R-CD6)  have the only perfect scores. 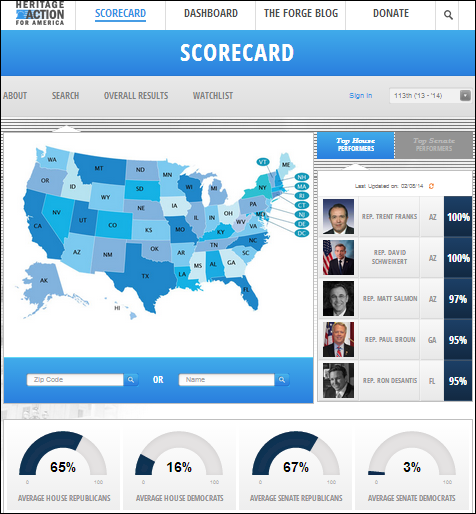 We welcome your comments about this post. Or, if you have something unrelated on your mind, please e-mail to info-at-arizonaspolitics-dot-com or call 602-799-7025. Thanks.
Posted by Mitch M. at 12:59 PM