The spot - which will likely run in Wisconsin, where Cruz and Kasich are battling to knock off front-runner Donald Trump in the contest for the Republican Presidential nomination - takes the nickname, lists some alleged lies, and ends with "If Ted Cruz's mouth is moving, he's lying." 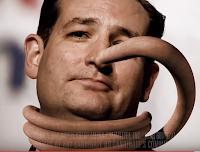