Congressional Republicans tried to avert a midnight shutdown of the Department of Homeland Security today by passing a three-week funding bill.  Most of Arizona's Republican Congressmembers voted with Democrats in thwarting the stopgap measure.

The drama was in the House, however.  Knowing that the stripped version would not fly there, Speaker John Boehner and Republican leadership put forward the three-week stopgap, and tried to get their colleagues to vote for it.

Three of Arizona's five Republicans withstood the pressure, and helped vote it down, 203-224.  Reps. Paul Gosar (R-CD4), Matt Salmon (R-CD5) and Trent Franks (R-CD8) were among the 52 Republicans to vote "nay".

On the flip side, House Democratic leadership applied a lot of pressure on its members to also oppose the three-week can-kicking.  However, Arizona's Rep. Kyrsten Sinema (D-CD9) joined 11 other Democrats in voting "aye".

Barring last minute developments, the Department will shut down tonight. "Non-essential" employees will be furloughed and the majority of DHS employees who are deemed "essential" will be required to continue working without a paycheck until a funding measure is passed.


We welcome your comments about this post. Or, if you have something unrelated on your mind, please e-mail to info-at-arizonaspolitics-dot-com or call 602-799-7025. Thanks.
Posted by Mitch M. at 4:46 PM No comments:

As the Senate Judiciary Committee met this morning and announced their intentions on whether or not to support Loretta Lynch as the next Attorney General, Arizona Senator Jeff Flake (R-AZ) announced that he (and two fellow Republicans) had just obtained a written commitment that Lynch would abide by the injunction against President Obama's immigration-related executive actions... at least until the Court of Appeals or Supreme Court reversed the decision.

According to Flake, the commitment is significant because of some question as to whether the injunction only applied in Texas or nationwide.

The three Senators were then the only members of their party to vote to send the nomination to the floor of the Senate.  The vote was thus 12-8. 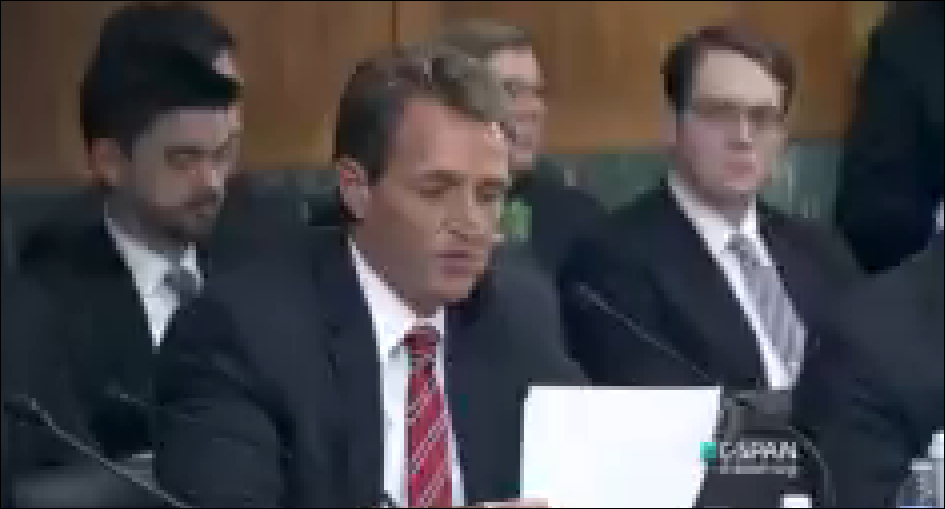 WATCH: The McCain-Graham Anti-Obama Colloquy of the Day (aka, McCain AOCOTD)

From Iran to Ukraine to Islamic extremism, the two took turns sharing credit for having predicted the problems that would result from previous Presidential actions.

The colloquy lasts nearly 28 minutes, and ended with McCain promising Ukrainians that he will "never give up, ever" until that nation is (again) free (from Putin) and democratic.

WATCH THOSE BARBS: McSally Goes National In Border, Immigration Fence-Straddling; Favors Clean DHS Funding Bill... Or, Does She? (Answer: She Does.)

She authored an op-ed column in the USA Today today* which seemed to make it pretty clear that she supported separating the DHS funding bill from the provisions to defund President Obama's immigration-related executive actions.  Here is her 2nd paragraph: 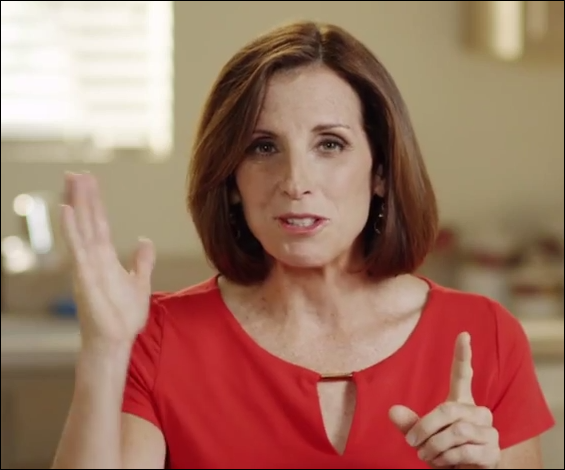 Now that he has defied even his own logic, the president's actions should be reversed, but not by withholding funding from the men and women who put their lives on the line to keep our country safe.

McSally did blur the issue a bit toward the conclusion of her column by discussing the need for immigration reform. But even there, she ends by saying "Instead of playing games with the men and women who defend our homeland, Congress needs to get to work and do its job. That means securing our border and fixing our broken immigration system." (emphasis added)

No. when the Tucson Weekly's Jim Nintzel re-questioned McSally's spokesman about how the Congresswoman would vote if the House is presented with a stripped-down DHS funding bill.  Communications Director Patrick Ptak could only say that he "will keep you updated."

Of course, it would be VERY surprising if the House does face a DHS funding bill without the GOP's efforts to defund DACA/DAPA (aka Deferred Action for Childhood Arrivals and Deferred Action for Parents of Americans and Lawful Permanent Residents) and McSally were to vote against it.

After all, as Arizona's Politics reported last month, McSally was one of only 26 Republicans to vote against attaching the immigration riders to the funding bill in the first place.  At that time, she did not acknowledge that vote; in fact, her statement made it appear that she was all for it.

Does McSally think that the immigration hardliners in the Republican party (and her swing district) do not keep track of her more moderate votes or op-eds?  Or, that "establishment Republicans" and Democrats will look the other way as she continues to play footsie with the more conservative wing?

Refusing to acknowledge her obvious vote on the stripped-down bill that is going to be sent back to the House from the Senate is too cute by half.  And, it would be a shame if the barbs on that fence that she is straddling ripped her clothes.


* Even after 30+ years, I have not tired of using the "in the USA Today today" line. It is just fun to say aloud.

We welcome your comments about this post. Or, if you have something unrelated on your mind, please e-mail to info-at-arizonaspolitics-dot-com or call 602-799-7025. Thanks.
Posted by Mitch M. at 3:12 PM No comments: