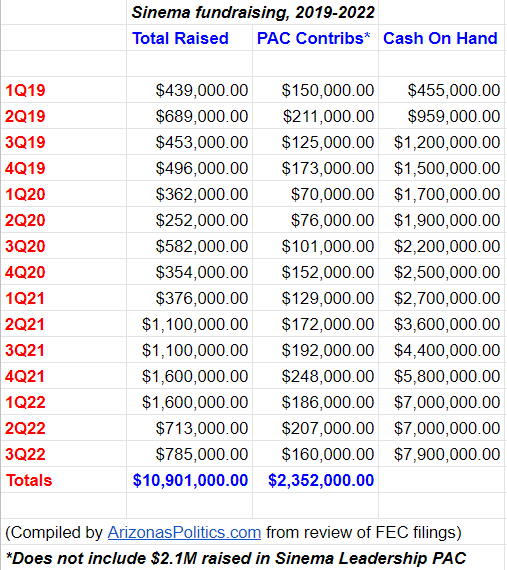 ***
ORIGINAL ARTICLE, 12/15, 2:30pm: "Kyrsten Sinema Parts Ways With Longtime Democratic Campaign Compliance Firm (READ FEC Filings)"
Now that Arizona Senator Kyrsten Sinema is no longer a Democrat, she is parting ways with her longtime Democratic compliance firm. Today's development also raises the question of whether she will have to rebuild other parts of her campaign finance juggernaut. 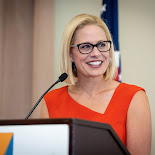 Common Cents Consulting is an Arizona compliance consulting firm that has worked with Sinema since before she entered Congress in 2012. And President Darryl Tattrie notes in his LinkedIn profile that he has been "happily helping democrats win compliantly since 1997 :-)."
Sinema's three campaign committees - her principle "Sinema for Arizona", the "Getting Stuff Done" leadership PAC, and the "Sinema Leadership Fund" - all filed amended Statements of Organization with the Federal Election Commission today replacing Common Cents with the apparently-unknown "Santa Rosa Partners"*.
It is unclear whether the major switch was initiated by Sinema's campaign organization or by Common Cents Consulting. Arizona's Politics has reached out to both and will update as warranted.
In the past two years - a non-election cycle - Sinema's three committees paid Common Cents more than $170,000 to make sure that they remain in compliance with federal campaign finance laws. During that period, Sinema raised more than $9.1M. Combined, the committees are holding some $9.7M cash on hand.
Other parts of Sinema's campaign infrastructure could also be in for changes. ActBlue is her contribution-processing platform, and it specifically states that it serves "Democratic candidates". Sinema's principle committee paid ActBlue $126,000 in the 2021-22 fundraising cycle. NGPVan provides voter outreach services (and more) to Sinema's committees; it features its support to "Democratic and progressive campaigns and organizations". NGPVan was paid more than $60,000 this past cycle. Arizona's Politics has reached out to both and will update as warranted.
Those companies do provide services to multiple Democrats running against each other in a primary election. However, if a Democrat is running against an Independent Sinema in the general election, different pressures will likely apply.
* The new email address given to the FEC for the committee is "compliance@SantaRosaPartners.com". No website or search results come up for that entity and no other federal campaigns reported paying that entity in the past two years.
If you would like to show your appreciation for Arizona's Politics reporting, please consider donating to our pool to support OTHER journalism-related nonprofits.
We welcome your comments about this post. Or, if you have something unrelated on your mind, please e-mail to info-at-arizonaspolitics-dot-com or call 602-799-7025. Thanks.
Posted by Mitch M. at 2:31 PM No comments: