A new $1M digital ad buy from the Women Speak Out PAC touts GOP Senate nominee Blake Masters as one who "supports compromise" on abortion issues, and tries to portray Sen. Mark Kelly as being "extreme".
The irony of an effort to erase Masters' extreme rhetoric during the contentious GOP primary is capped by the fact that the principal funder of "Women Speak Out" is Richard Uihlein. The conservative billionaire's apparent gender switch would typically raise eyebrows in today's Republican party.
The digital ad buy was disclosed to the FEC yesterday. The SuperPAC is part of the Susan B. Anthony List organization and is primarily (more than 2/3) funded by Uihlein's Restoration PAC.
In addition to claiming that Masters "supports compromise", it touts that he supports regulating late-term abortions "with an exception to protect the mother". He had previously proclaimed support for "personhood" provisions that grant rights from the moment of fertilization. (And, this ad uses the term "late term" while actually tying it to a sonogram.)
The ad also misrepresents Mark Kelly's positions. Kelly recently pointed out that Roe v. Wade permitted restrictions late during pregnancy and that he supports that.
Here is the new ad:
If you would like to show your appreciation for Arizona's Politics reporting, please consider donating to our pool to support OTHER journalism-related nonprofits.
We welcome your comments about this post. Or, if you have something unrelated on your mind, please e-mail to info-at-arizonaspolitics-dot-com or call 602-799-7025. Thanks.
Posted by Paul at 10:57 AM No comments: 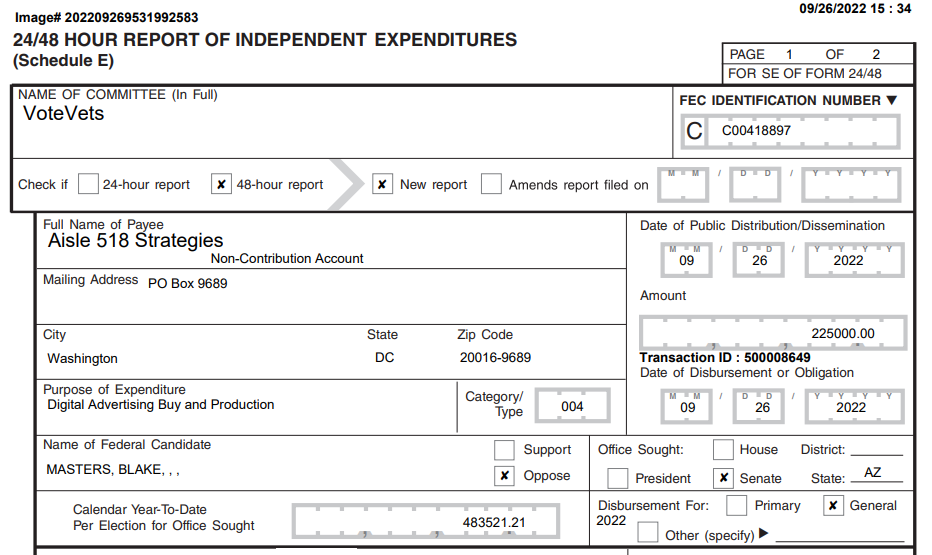 If you would like to show your appreciation for Arizona's Politics reporting, please consider donating to our pool to support OTHER journalism-related nonprofits.
We welcome your comments about this post. Or, if you have something unrelated on your mind, please e-mail to info-at-arizonaspolitics-dot-com or call 602-799-7025. Thanks.
Posted by Mitch M. at 4:14 PM No comments:

Three Republican Arizona Congressmen voted against a bipartisan bill in the U.S. House of Representatives today to boost funding for local police departments. The package will send $3B in grants over the next five years to small local and tribal agencies. It passed the House, 360-64. 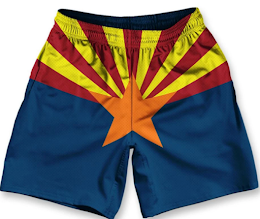 Arizona Reps. Andy Biggs, Paul Gosar and David Schweikert were among the 55 Republicans who opposed the measure. Nine Democrats voted against it, complaining that there were not enough accountability measures. Arizona Republican Debbie Lesko and the state's five Democrats supported the measure.
A review of the text of the bill shows the grants would provide for signing and retention bonuses, de-escalation training, body camera programs, and education/training for dealing with domestic violence and mental health situations.
The Senate passed a slightly different package, and the differences will have to be ironed out before sending it to President Biden's desk.
If you would like to show your appreciation for Arizona's Politics reporting, please consider donating to our pool to support OTHER journalism-related nonprofits.
We welcome your comments about this post. Or, if you have something unrelated on your mind, please e-mail to info-at-arizonaspolitics-dot-com or call 602-799-7025. Thanks.
Posted by Paul at 5:05 PM No comments:

Two weeks ago, Arizona's Politics reported on APS and other "establishment Republicans" donating more than $2 million to the Republican Governors Association ("RGA"), and how that money was working to support the election of GOP gubernatorial nominee Kari Lake. The article created a stir partly because RGA Chair - and outgoing Arizona Governor - Doug Ducey and other contributors had endorsed Lake's primary competitor (Karrin Taylor Robson).
The other reason it created a stir is that APS and SRP are big contributors to that RGA effort, in what political analyst Chris Herstam calls a "rotten game". As noted then, we asked both utilities to explain why they gave the monies and their reactions to it benefitting the more extreme Lake.
The question of public utilities and political contributions is a recurring one, and today's decision by SRP to raise customers' rates will likely bring renewed interest in it.
Salt River Project ("SRP") did respond, and a dialogue continued until late last week. SRP raised a few different points, and we wish to present them along with some added context.
SRP made two separate $25,000 contributions to the RGA this past June. Their first reaction to Arizona's Politics was "Historically speaking, SRP has contributed to both the RGA and DGA. The contributions you are addressing occurred before the primaries. Monies were restricted to administrative support such as for maintenance of the organization and/or event programming. The funds did not go towards supporting any particular candidate."
We did not include that statement with the initial article because two of the three distinct claims were unsupported. And the article did, in fact, focus on the fact that the contributions were made before the donors knew whether Lake or Taylor Robson would win the primary.
We pointed out to SRP that our experience in reviewing Arizona contributions and expenditures by the RGA - and, the Republican Attorneys General Association, and their Democratic counterparts - *contradicted* the claim of monies to both parties and that the RGA did not segregate monies in admin accounts and independent expenditure accounts.
We asked SRP for a listing of other political contributions to highlight partisan even-handedness, even suggesting broadening it to contributions made to other political committees. We also asked for information on SRP's PROCESS for green-lighting political contributions. After all, APS/Pinnacle West has created a webpage explaining their "Political Participation Policy" and disclosing some contributions which would not otherwise come to light. Finally, we asked for support on how SRP restricted its monies from going to support negative political ads.
Finally, SRP responded in more detail on Thursday. Their statement did evolve and tried to address some of the concerns. It included an RGA invoice that says it was for a 2022-23 membership "(Operating Account)". As you can see below, at the bottom, the invoice says monies may go to their PACs (for ads).

It is important to contextualize that SRP’s mission to provide low-cost and reliable electricity and water supplies is aided when our elected leaders and public policy makers have the opportunity to gather insights about emerging and important public-policy issues concerning SRP and the utility industry.

Besides failing to shed any light on SRP's process for making obviously-partisan political contribution, there are several gaps (to put it politely) in their logic.

The Western Governors Association is not a purely partisan organization and should not be compared to either the RGA or the DGA. (It was Ducey himself who told CNN earlier this year that the RGA is in business to elect Republican state executives, and that they are good at it, as well.)

It took less than 5 minutes for Arizona's Politics to pull up and review the contributions reports for the Democratic Governors Association for the comparable year 2006. Needless to say, there are NO donations from SRP.

Further, the (first) June contribution was for a 2022-2023 membership and that would seem to contradict the statement that these partisan contributions are to somehow keep SRP's mission in front of already-elected leaders. The legislative session was nearly over and Governor Ducey was on his way out the door. Also, SRP did not pay such "membership" fee(s) during 2021-2022, when the Governor was still gearing up for water-related policy-making. 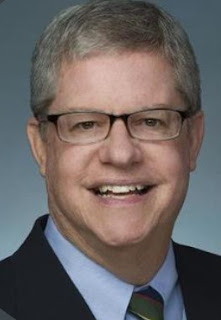 Arizona's Politics has requested an interview with anyone at SRP who is involved in making the political contribution decisions, and will publish a follow-up report if warranted.

Former lots of stuff* Chris Herstam, who can simply be called an Arizona political analyst, explained to us why SRP's actions and explanations are "perverse":

“It’s perverse to see Arizona corporate entities launder their large campaign donations through a Ducey led association that is spending millions on electing extremist Kari Lake. Even more unacceptable are public utilities like SRP & APS playing the rotten game - two companies that would not be in business without Arizona ratepayers.”

Arizona's Politics is an unaffiliated, non-partisan political news blog. When we engage in analysis or commentary, we attempt to label it as such. This article may be classified as "news analysis" because it attempts to "provid(e) interpretations that add to a reader's understanding of a subject." Arizona attorney and journalist Paul Weich reported this article; Paul Weich has also run for the Arizona Legislature as a Democrat.
* Herstam has been a legislator, gubernatorial chief of staff, Insurance Dept. Director, President of AZ Board of Regents, and a lobbyist. He has earned his self-described Twitter bio as "former lots of stuff".
If you would like to show your appreciation for Arizona's Politics reporting, please consider donating to our pool to support OTHER journalism-related nonprofits.
We welcome your comments about this post. Or, if you have something unrelated on your mind, please e-mail to info-at-arizonaspolitics-dot-com or call 602-799-7025. Thanks.
Posted by Mitch M. at 4:44 PM No comments: 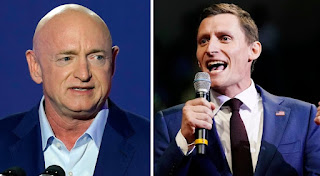