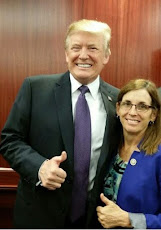 However, the Executive Order itself says that the President had already made it federal policy to protect people with pre-existing conditions. "It has been and will continue to be the policy of the United States... to ensure that Americans with pre-existing conditions can obtain the insurance of their choice at affordable rates." (There is a distinction to be made in that statement, too, because the President, the Senator and many Republicans have tried to repeal the protection in the ACA that ensures people with pre-existing conditions do not have to pay higher premiums than others.)
The Executive Order goes on to encourage Congress to ask his Administration to work with Congress on the surprise billing issue, and to take administrative action if Congress fails to pass such a bill by the end of the year.
The rest of the Executive Order was more of a campaign document of all of the great things Congress and the Administration have done during the past four years, and orders that his departments "shall maintain and build upon" them.
Fact Check: The first part of Sen. McSally's tweet is proven FALSE by the text of the Executive Order. The second part is MOSTLY TRUE, because the exhortation can be read as "helping" push Congress along.
Read the Executive Order below:
Read more »
Posted by Mitch M. at 2:37 PM No comments:

(This was initially published on our sister site, Arizona's Law.)
UPDATE 9/23, 1:45pm: Judge John Hinderaker was CONFIRMED by the U.S. Senate this afternoon, on a 70-27 vote. As expected, the vote was topsy-turvy, with almost all of the opposition to President Trump's nomination coming from Republican Senators. Both of Arizona's Senators voted "aye". (See below for statement.)
This is a developing story and will be updated as warranted.
(UPDATE 9/23, 11am: This morning's cloture vote confirms the topsy-turvy nature of the Hinderaker nomination. Republicans cast 22 of the 26 votes against moving forward on the nomination, and Democrats' votes contstituted 42 of the 71 aye votes.)
(UPDATE 9/23, 9:35am: The Senate voted 71-26 this morning to close debate on the Hinderaker nomination. The vote to confirm him will take place this afternoon.)
President Donald Trump's nomination of Tucson Judge John Hinderaker to the District Court bench heads to the Senate floor on Monday after topsy-turvy behind-the-scenes maneuvering.

The Pima County Superior Court jurist was nominated for the lifetime position nearly one year ago. It has been stalled since March, after the Senate Judiciary Committee recommended his confirmation on a 16-6 vote. However, the six "no" votes all came from Republican Senators, apparently led by Missouri Senator Josh Hawley and concerns regarding the Second Amendment. Yesterday, Senate Majority Leader Mitch McConnell filed the cloture motion to move it to the floor.
Sen. Kyrsten Sinema (D-AZ) tells Arizona's Law that she is "pleased" to see the nomination moving to the vote next week. “Judge Hinderaker brings to the bench a wealth of legal knowledge, decades of litigation experience, and a stellar reputation for integrity and fairness. I’m pleased the White House worked with me to advance his nomination.”
If Hinderaker is confirmed next week, it will mean that Arizona's District Court bench will be at full strength for the first time in recent memory. Arizona's Senators did introduce a bill to increase the size of the Arizona bench, but it has not moved forward.
(thanks to Judicial Nominations Blog for the heads-up)
If you would like to show your appreciation for Arizona's Politics reporting, please consider donating to our pool to support OTHER journalism-related nonprofits.
We welcome your comments about this post. Or, if you have something unrelated on your mind, please e-mail to info-at-arizonaspolitics-dot-com or call 602-799-7025. Thanks.
Posted by Mitch M. at 8:36 AM No comments:

Sidestepping the issue of Kanye West's registration as a Republican in Wyoming, the Arizona Supreme Court nonetheless kept him off of Arizona's November 3 ballot. They instead based today's decision on the fact that the rapper/celebrity had not filed the legally-required Statement of Interest before collecting signatures to be placed on the ballot. That statute was recently enacted by the State Legislature.

The court challenge to West's last minute effort to get on the Arizona ballot was primarily based on the fact that both West and his slate of electors (for the Electoral College) were registered as Republican, and that he could thus not get on the ballot by collecting signatures as an independent candidate. The issue of the Statement of Interest became an after-thought, and the trial court judge did not address that requirement in his ruling last week.
To read the Supreme Court's Decision Order, please head over to Arizona's Law (our sister site).
If you would like to show your appreciation for Arizona's Politics reporting, please consider donating to our pool to support OTHER journalism-related nonprofits.
We welcome your comments about this post. Or, if you have something unrelated on your mind, please e-mail to info-at-arizonaspolitics-dot-com or call 602-799-7025. Thanks.
Posted by Mitch M. at 3:37 PM No comments:

So many updates on Kanye West's Presidential campaign, so little time on a pseudo-getaway afternoon.
1) Yesterday, Kanye's filing to get on the ballot in Arizona was rejected. His counsel immediately filed an appeal with the Arizona Supreme Court, and the Court required briefs by 1:00pm. Today. Kanye's counsel filed a short memorandum, below, while the challengers relied on their filings in the trial court.
The Supreme Court will decide the appeal by Tuesday afternoon, as that is the hard deadline for several Arizona counties to send their ballots to the printers.
2) In their trial court pleadings, West's team indicated that they were planning to file additional petition signatures by today's filing deadline. HOWEVER, the trial court's Thursday Order keeping West off of the ballot also instructed the Arizona Secretary of State from accepting any additional filings.
But, even though the injunction is still in place pending the Supreme Court's decision, West petition gatherers went to Secretary of State Katie Hobbs' office to turn in an additional batch of signatures. They previously turned in more than 57,000 signatures with a requirement that more than 39,039 need to be valid. Today's batch would have brought them to "roughly 100,000" signatures.
However, the Secretary of State's Office did not accept them and, according to West consultant Gregg Keller, their attorneys were informed that the petitions would not be accepted. Keller is now posting on Twitter that there are protests outside the Capitol and tells Arizona's Politics that "dozens" of people are there.
Video Keller provided shows about two dozen people in "Kanye West 2020" shirts mildly interested in the situation.
Arizona Star columnist Tim Steller published a well-reported piece Wednesday detailing the methods used to obtain some of those Arizona signatures. Those shirts get a mention, in fact. Must read.
3) Kanye's campaign committee finally filed its first finance report today, and it sheds some interesting light on the efforts to get on the ballot. (More to come.)
*
If you would like to show your appreciation for Arizona's Politics reporting, please consider donating to our pool to support OTHER journalism-related nonprofits. http://bit.ly/AZpDonate
We welcome your comments about this post. Or, if you have something unrelated on your mind, please e-mail to info-at-arizonaspolitics-dot-com or call 602-799-7025. Thanks.
Posted by Mitch M. at 5:10 PM No comments:

Musician/celebrity Kanye West cannot appear on Arizona's ballot for President in November, a judge ruled this afternoon.
Maricopa County Superior Court Judge Scott McCoy heard oral argument, questioned the attorneys for both sides, and determined that because West is registered as a Republican, he cannot petition to be on the ballot and avoid the usual party primary system.

Kanye West has filed to run for President on the November 3 ballot in several states, running on the (newly-formed-yet-ubiquitous) "Birthday Party". He has made some references to still being supportive of Republican President Donald Trump, and many of the vendors and attorneys assisting him in various states have ties to the Republican Party. Here in Arizona, attorney Tim LaSota represents West; he has been counsel for the Republican party and many Republican candidates and groups.
The challenge to West is based on the surprising facts that both West and his slate of Arizona electors (for the electoral college) were registered Republicans. (After the case was filed on Monday, the electors re-registered as independents on Tuesday.) West is attempting to qualify for the Arizona ballot under a procedure for "any qualified elector who is not a registered member of a political party that is recognized". (A.R.S. 16-341(A). (The reason it limits persons from recognized parties is because those persons already have the opportunity to run in the Republican - or, Democratic - primary election.)
Plaintiff's counsel Joseph Roth and Josh Bendor (from the Arizona law firm of Osborn Maledon) told McCoy that Arizona's ballot access laws properly are designed to "avoid this kind of late stage chaos" and that allowing him on the ballot at this point would be "confusing to voters, unfair to voters."
Timothy Berg (from Fennemore Craig), representing the slate of West electors, countered that the term "qualified elector" in the statute only applies to Arizona residents and not to Presidential candidates from other states.
(For some of the legal pleadings and further information, please visit Arizona's Law, our sister website.)
*
If you would like to show your appreciation for Arizona's Politics reporting, please consider donating to our pool to support OTHER journalism-related nonprofits.
We welcome your comments about this post. Or, if you have something unrelated on your mind, please e-mail to info-at-arizonaspolitics-dot-com or call 602-799-7025. Thanks.
Posted by Paul at 4:15 PM No comments:

In news that President Trump, Senator McSally and Arizona Republicans will not like to see, Fox News released its most recent poll showing that both top-of-the-ticket candidates are sliding among Arizona voters with just over one month before mail-in ballots go out.
The last time Fox News published an Arizona poll - three months ago - it caught people's attention both because Donald Trump trailed former Vice President Joe Biden 46%-42% and Martha McSally trailed then-likely Democratic challenger Mark Kelly 50%-37%. However, both Republicans have lost ground in the intervening time, with Trump now behind 49%-40% and McSally slipping to a 17-point deficit (56%-39%).

Some Republican supporters criticized the previous Fox News poll because it surveyed registered voters. Those people will be happy to hear that the new poll - closer to Election Day - filtered out "likely voters" from "registered voters". (The results were nearly identical between both sub-groups.)
Interestingly, as both parties work hard to get voters to sign up to receive early ballots, and more than 3/4 are on the Permanent Early Voting List, only 61% told pollsters that they plan to vote early (7% in person at early voting locations, and 54% by mail). 35% plan to vote on November 3 (24% in person, 11% dropping off their early ballot). Those numbers obviously do not add up to the large percentages on the PEVL (or receiving one-time-only mail-in ballots), but do jibe with Arizona's Politics' anecdotal conversations with many voters who like to feed their ballot into the machine or hand-drop it in the box.*
*
* In Maricopa County, if you have not returned your early ballot, you can still receive a regular - not a provisional - ballot at your Vote Center. Statewide, here is the link to request an early ballot.
If you would like to show your appreciation for Arizona's Politics reporting, please consider donating to our pool to support OTHER journalism-related nonprofits.
We welcome your comments about this post. Or, if you have something unrelated on your mind, please e-mail to info-at-arizonaspolitics-dot-com or call 602-799-7025. Thanks.
Posted by Mitch M. at 4:48 PM No comments: