Arizona Sen. McCain Receives Dubious Honor For Role In "Lie of the Year", Helped "Edge The Nation Toward Panic"

Arizona Senator John McCain today received a dubious honor for his role in what PolitiFact named as the U.S.' "Lie of the Year".  The national fact-checker announced that the 10 false exaggerations about the Ebola virus made in October "edged the nation towards panic."

McCain's comment on CNN on October 12 gave the impression that the Obama Administration gave the public a false sense of security which turned out to be wrong.  "Americans have to be reassured here. I don’t think we are comforted by the fact that we were told there would never be a case of Ebola in the United States, and obviously that’s not correct."

Later that day, Politifact rated McCain's statement as "False", and went through earlier CDC and White House statements on the subject.  The statements all emphasized that there could be isolated cases in the U.S. but that the risk of an outbreak was very low. 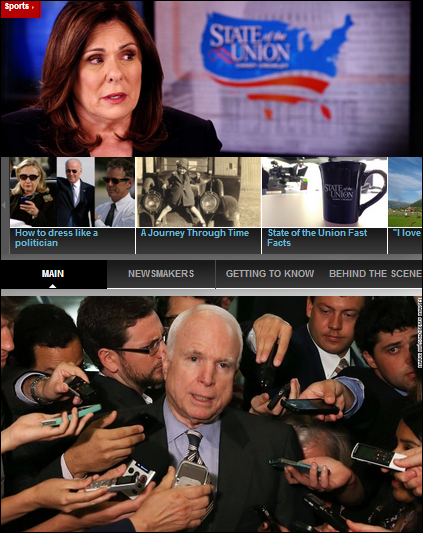 We welcome your comments about this post. Or, if you have something unrelated on your mind, please e-mail to info-at-arizonaspolitics-dot-com or call 602-799-7025. Thanks.
Posted by Mitch M. at 3:34 PM