The signs are paid for by Brewer's independent expenditure group Arizona's Legacy, which was formed last year to be "the cavalry" to back lawmakers who stuck out their necks to join with Democrats to back the controversial acceptance of federal monies promised by the 2010 Affordable Care Act. ("AHCCCS" stands for Arizona HealthCare Cost Containment System, and is Arizona's Medicaid program.)

The signs sprouted late last week - often on already-saturated street corners - throughout Legislative District 18, where Representatives Bob Robson and Jeff Dial are being challenged by anti-expansion Republican candidates.  Undoubtedly, similar signs are going up in support of the other Brewer allies.* 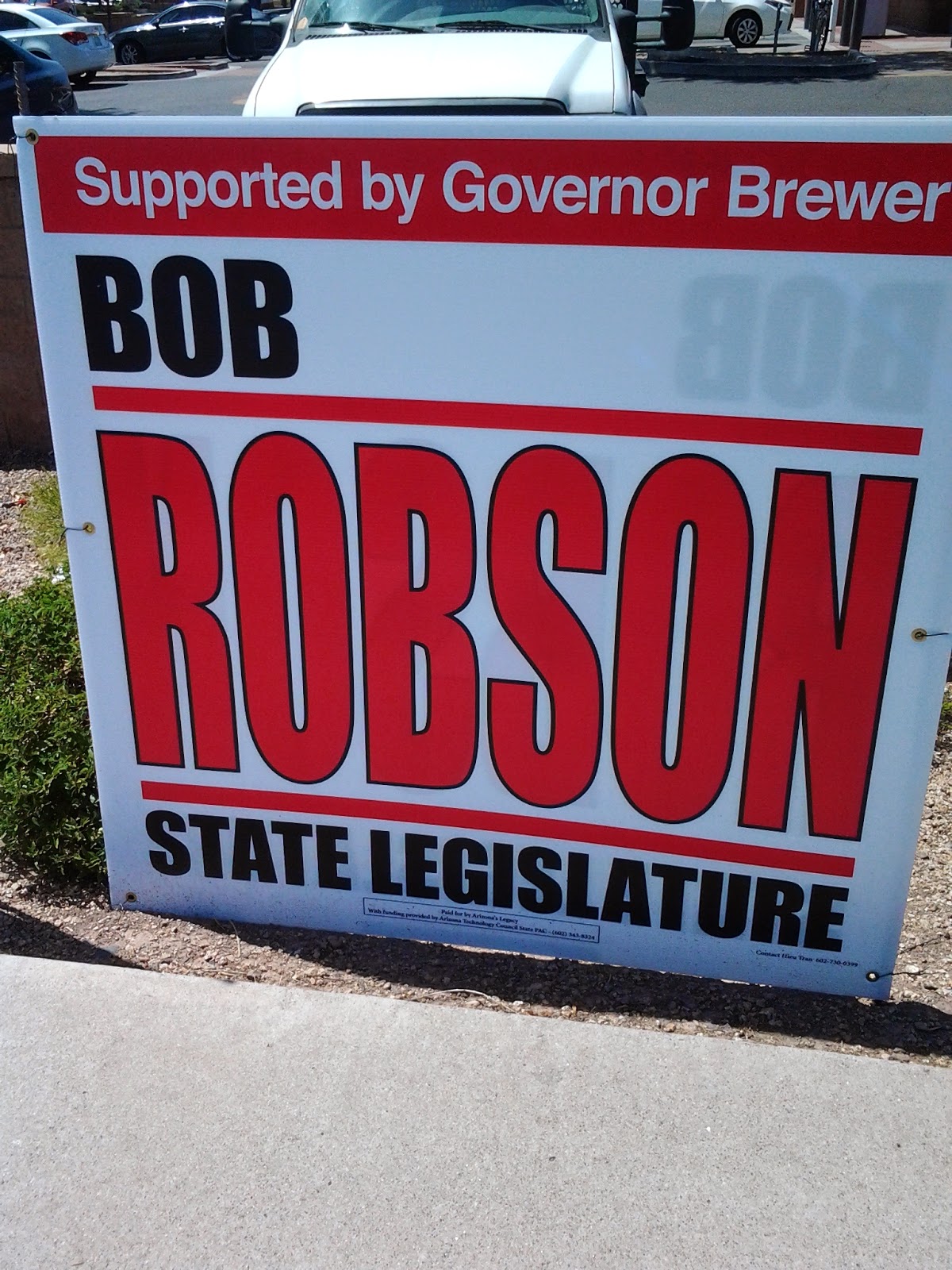 The Robson and Dial signs mimic the fonts and designs of the lawmakers' own signs, although they feature slightly different color schemes.  (this often makes it look like the incumbent has multiple signs on the same corner.)  On the top of the signs is the simple line "Governor Brewer Supports". 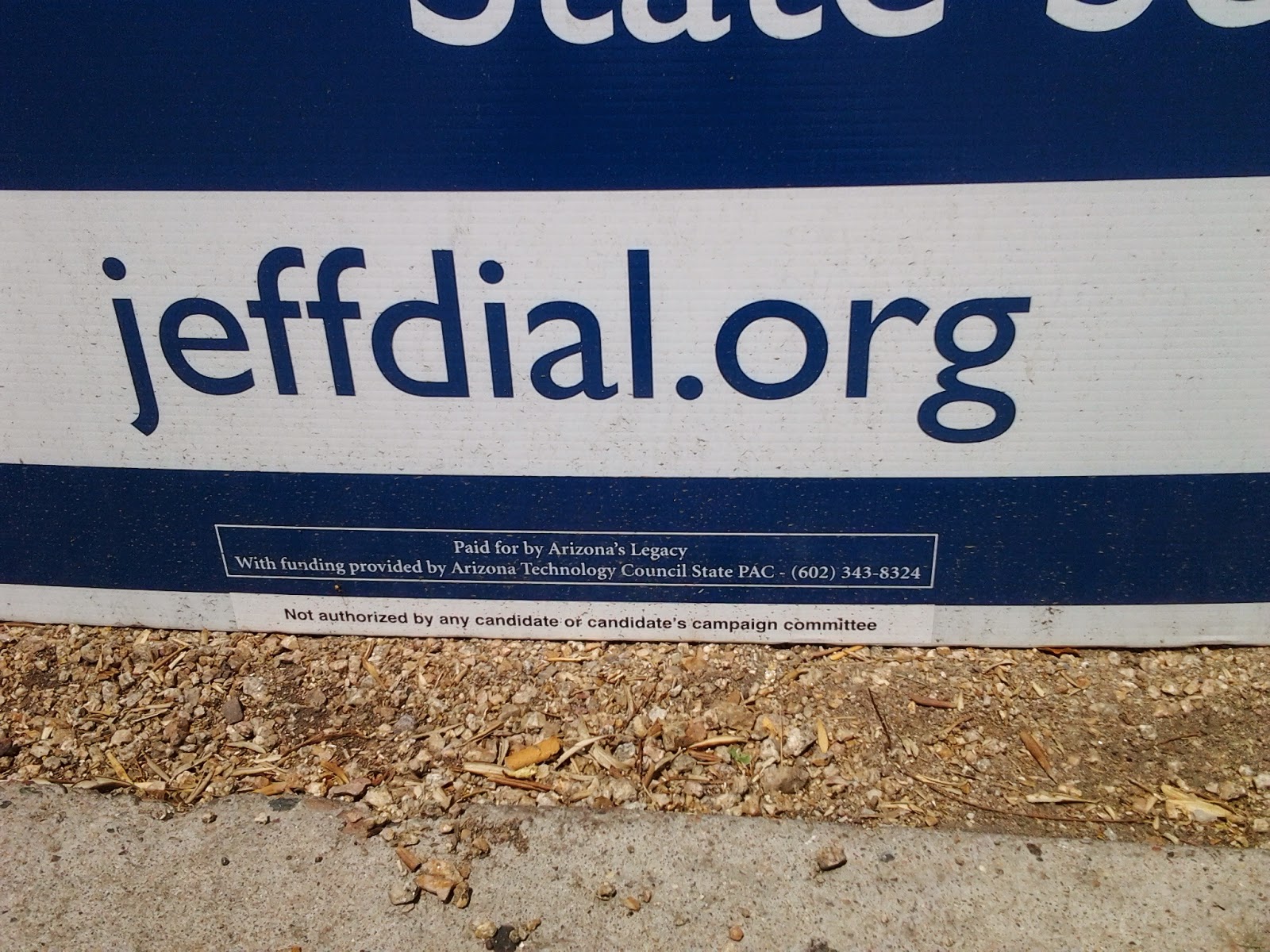 However, that organization is one of the smaller (business) contributors to Arizona's Legacy.  The $6,000 donated by the technology group is dwarfed by the $50,000 put in by the Arizona Hospital and Healthcare Association, and 1/10 the size of the $60,000 stake from the Arizona Chamber of Commerce's Arizona Business Coalition.

Republicans who were opposed to the expansion of AHCCCS and unsuccessfully attempted to collect referendum signatures, have recruited and supported candidates to oppose those they deem to be "LegisTraitors".


*Arizona's Politics has put a call into Arizona's Legacy for more details, and will update as needed.

We welcome your comments about this post. Or, if you have something unrelated on your mind, please e-mail to info-at-arizonaspolitics-dot-com or call 602-799-7025. Thanks.
Posted by Mitch M. at 8:34 AM