The "name your own contribution"(TM?) brunch on July 20th, at the historic Tidewater Inn (Easton, MD) on the Chesapeake Bay is being hosted by the Maryland Governor who has quietly been stoking speculation that he will run for the 2016 Democratic Presidential nomination against likely candidate Hillary Clinton.  Pelosi - long used by Republicans as a personification of political evil - is the "Special Guest". (Possible Kirkpatrick opponent Andy Tobin received a fundraising boost earlier this year from Pelosi counterpart House Speaker John Boehner.) 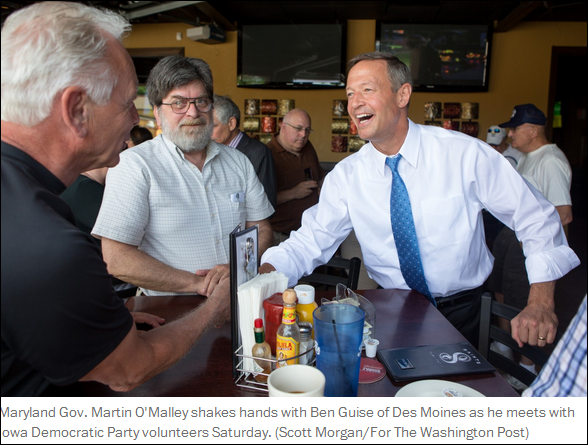 Kirkpatrick is running for re-election in CD1, which is one of the 13 "toss-up" districts in the nation (according to the most recent Cook Political Report ratings).  The fundraiser also benefits Andrew Romanoff, running in a toss-up district in Colorado, and three other candidates in districts rated as "leaning".

Here is the invitation, courtesy of the Sunlight Foundation's Party Time tool:

Brunch
We welcome your comments about this post. Or, if you have something unrelated on your mind, please e-mail to info-at-arizonaspolitics-dot-com or call 602-799-7025. Thanks.
Posted by Mitch M. at 12:16 PM