The Daily Beast is reporting that a California grand jury is looking into the 2012 alleged campaign finance improprieties by three conservative campaign finance organizations - two of which are Arizona-based.

The Center to Protect Patient Rights and Americans for Responsible Leadership - run by Sean Noble, Arizona-based, and with ties to controversial conservative funders (Koch Industries and the Koch brothers) - are apparently under the grand jury microscope after being the subject of a California Supreme Court decision last fall.

The grand jury proceeding comes several months after the pre-election Fair Political Practices Commission inquiry (and court case).  ARL's announcement that the $11 million it had contributed to campaigns to opposed ballot measures in California spurred a lot of (unwanted) attention on the network of groups that seem to shuttle money around in order to shield the identity of the original contributors.

The Daily Beast reports that "the widening probe" has some "Koch allies" and conservative operatives worried, which one operative described as being "very puckered up." 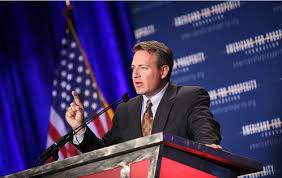