(Warning: Although video is not (yet) out on the internet, the still photos of Arizona Senator John McCain at the bottom of this article may be as disturbing and inappropriate for some viewers.)

Politico picked up on a New York Post story today, featuring video of New Jersey Governor Chris Christie dancing at an "Apollo at the Hamptons" benefit this weekend.  Politico added the still photo of McCain dancing the robot; according to the Post, Christie "raced to the stage" and McCain followed - "not to be upstaged".

The benefit raised more than $4 Million for programs at Harlem's Apollo Theater.

Meanwhile, from the other side of the country, no word yet on whether Arizona Rep. Ann Kirkpatrick (D-CD1) "boogied" with Nancy Pelosi and Google's Eric Schmidt. 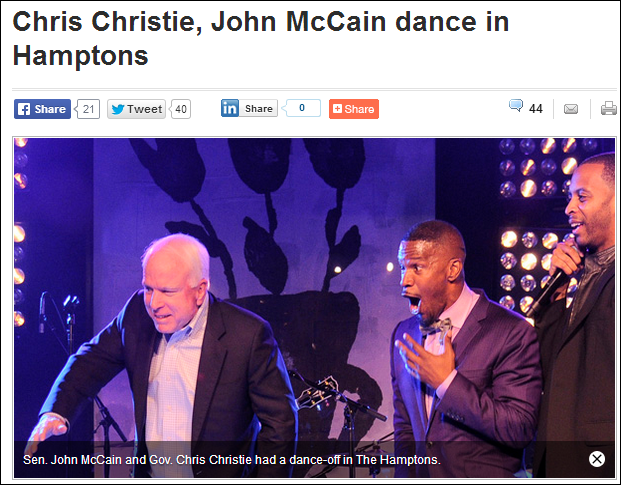 To be honest, I did not know Ray Stevens did a video for this...'til today!