After a few weeks of radio silence from the array of Republican forces opposed to the re-election of Arizona Attorney General Tom Horne, two groups have launched ad campaigns.  One zeroes in on Horne's legal and ethics problems, while the other - featuring Rep. Matt Salmon - focuses on Mark Brnovich and urges viewers to "make the change".

Salmon is now the face of the new "State Conservative Reform Action PAC", which was formed two weeks ago and has only targeted the Arizona AG race thus far.  It touts Brnovich as a "principled conservative" and barely mentions Horne.  (Per the ad (below), making the change seems to be as simple as hitting the side of your computer monitor.)


SCRAPac's ad begins airing in Tucson today, and it appears that the group is trying to raise additional money to buy airtime in the Phoenix market.

While Salmon's group may be taking the high(er) road, the new ad from the Arizona Public Integrity Alliance continues its relentless focus on Horne's problems - combining hide and seek with peek-a-boo to urge viewers to "tell Tom Horne to stop using the courts to hide from investigators."

APIA - which does not release its contributors - is spending $138,000 airing this ad:

The winner of the August 26 GOP primary will face Democrat Felecia Rotellini in the general election. 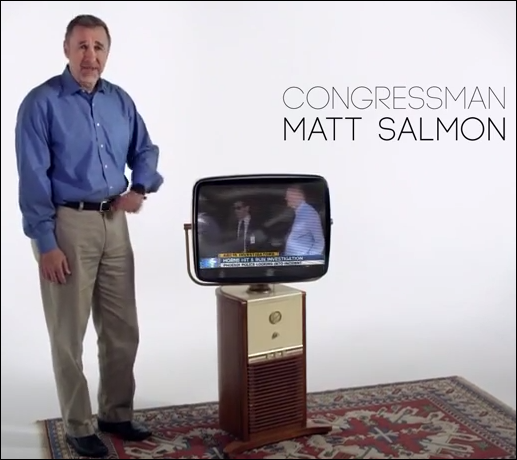 We welcome your comments about this post. Or, if you have something unrelated on your mind, please e-mail to info-at-arizonaspolitics-dot-com or call 602-799-7025. Thanks.
Posted by Mitch M. at 9:54 AM