Incumbent Rep. Ron Barber (D-CD2) has released a new ad touting that he is middle class and independent, "just like Arizona".  It takes aim at GOP challenger Martha McSally for her 2012 support of the Paul Ryan budget that could have raised taxes on middle class families (depending on your definition of middle class) and given tax breaks to wealthy individuals.

The ad is titled "Fine Print" and features Tucson small business owner Nicole expressing her doubts about McSally.  She made the comments about the Ryan budget in her previous campaign for the office in 2012, during the special election to replace Rep. Gabrielle Giffords.

Transcript of "Fine Print" (as transcribed by Arizona's Politics):

Running a business, I always look at the fine print. So, take Martha McSally. She would give millionaires a $265,000 tax break, but she'd raise taxes on the middle class by over a $1,000 dollars.

I support Ron Barber for a lot of reasons.  Ron Barber's middle class, ran a small business, and he's independent, just like Arizona.

Barber: "I'm Ron Barber, and I approve this message." 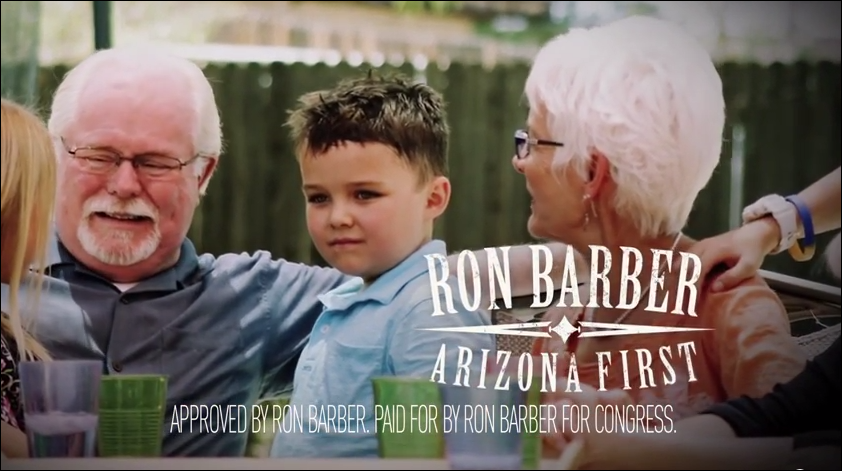