BREAKING: If Trump Loses, AZGOP Chair Graham Will Run Vs. Priebus "With Passion"

Robert Graham, the Chairman of the Arizona Republican Party, told Arizona's Politics last week "I will run with passion" against Reince Priebus for the Chairmanship of the Republican National Committee "if Trump loses." 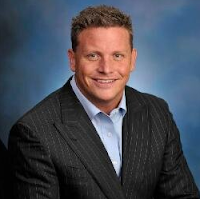 Graham has set his sights on the national chairmanship previously, but most of the speculation has centered on a contested battle assuming that Priebus chose not to seek a third two-year term following next month's election. However, in August, Politico reported that Priebus was considering asking RNC committee members to keep him in office.

In an online conversation with Arizona's Politics about his reaction to the bombshell endorsement of Hillary Clinton by the Arizona Republic, Graham indicated that he has a firm plan in place.

"If Trump loses...I will run with passion. In the mean time I will do what I can to assure he wins," Graham wrote.