Seven Democrats voted along with every House Republican Thursday night to set up a Select Committee to continue investigating the 2012 terrorist attack in Benghazi, Libya;  Arizona's Kyrsten Sinema (CD9) and Ron Barber (CD2) were two of those seven. 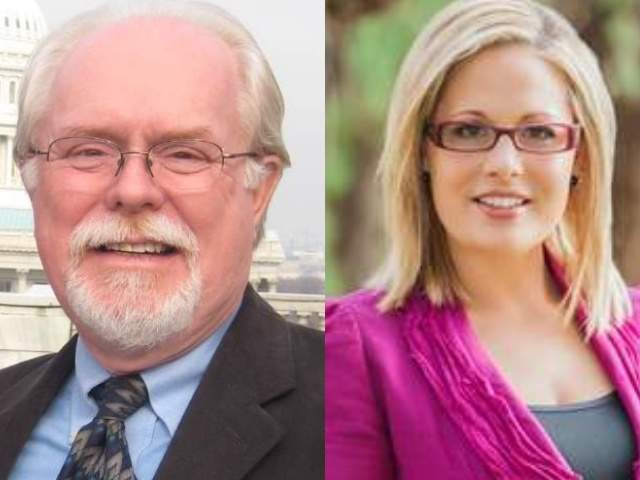 The House passed the resolution on a 232-186 vote.  Democrats will decide on Friday whether they want to fill their 5 chairs on the 12 person panel that will be led by Rep. Trey Gowdy (R-SC).

Barber and Sinema are in swing districts and Republican-philic groups are expected to pour millions of dollars in negative ads to unseat them; tonight's vote gives those groups one less nail to hammer them with.

As with his votes last night to hold Lois Lerner in contempt and to further investigate the IRS, Barber did not issue any statements explaining his vote.  However, Sinema (who did not vote with Republicans Wednesday) did put out a news release.

“I am deeply saddened by these tragic events and believe the American people deserve to know what took place on that fateful day,” said Sinema. “People in my district and all across the country demand answers, and this committee will help provide a full and accurate explanation of what took place. The individuals who allowed these security failures to occur should be held accountable and action should be taken to ensure the safety and security of Americans serving overseas.”


We welcome your comments about this post. Or, if you have something unrelated on your mind, please e-mail to info-at-arizonaspolitics-dot-com or call 602-799-7025. Thanks.
Posted by Mitch M. at 10:17 PM