The Joints Are Jumping For Martha McSally, NRCC Fires Up A New One (FOLLOWING MONEY IN ARIZONA'S POLITICS)

The National Republican Congressional Committee ("NRCC") last week formed the "Young Guns Day I 2014" joint fundraising committee ("JFC").  McSally is among the first 10 GOP candidates to have earned the "Young Gun" distinction from the NRCC, and those ten are the beneficiaries of this new JFC. 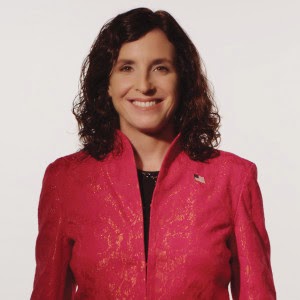 This will allow big-pocketed donors to write one check for more than $84,000 and have it divvied up among the candidates and the NRCC - a move that was not previously legal because of the aggregate contribution limits.  (McCutcheon removed those limits.)

As reported on by Arizona's Politics, McSally - who is the GOP frontrunner to challenge Rep. Ron Barber (D-CD2) in a closely-watched swing district - recently joined in a JFC with other Arizona federal and state candidates (Andy Tobin, Wendy Rogers, and Doug Ducey) - "THE ALLIANCE: Arizona Congressional Candidates In Swing Districts - Along With One In Wide-Open Governor's Race - File To Fundraise Together".  (No news of a fundraiser yet.)

Her most successful joint fundraiser was one with two other seemingly-unrelated "Winning Women" Congressional candidates - "NEWS ANALYSIS: Martha McSally's Main Fundraiser: Did Republican Billionaire and Others Cloak Their Mega-Support For "Winning Women" Candidates? Marriage Equality Is Still Difficult Issue In GOP".  That JFC has already brought in $110,000 for the McSally campaign.


* In Arizona, anyway.
** If McSally was running in Colorado, the headline for this article would have had to switch from referencing Fats Waller to referencing fatties.

We welcome your comments about this post. Or, if you have something unrelated on your mind, please e-mail to info-at-arizonaspolitics-dot-com or call 602-799-7025. Thanks.
Posted by Mitch M. at 10:00 AM