Arizona's federal District Courts are among the busiest in the nation, and for reasons both tragic and normal, the bench has been operating at nearly half-strength.  Yesterday, the U.S. Senate (finally) unanimously approved the nominations of three new Judges, and it is slated to approve three more today - bringing the bench to its designated 13 Judges.

Many of the Republican Senators did vote against bringing the nominations to the floor for a vote.  (Between 34 and 37 GOP Senators voted no on each cloture motion.) However, when it came time for voting on three of the nominations - John Tuchi, Steven Logan, and Diane Humetewa - noone voted "nay".

The remaining three - Rosemary Marquez, Douglas Rayes, and James Soto - are scheduled to be voted upon today. Questions for the Record, Steven Logan 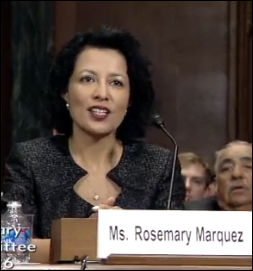 Questions for the Record, Rosemary Marquez

Questions for the Record, Douglas Rayes Questions for the Record, James Soto 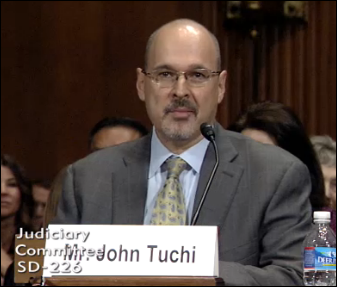 Questions for the Record, John Tuchi 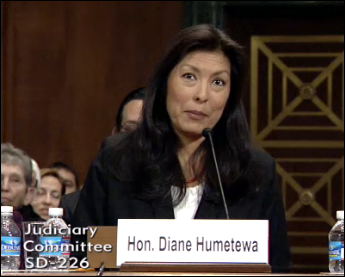 Questions for the Record, Diane Humetewa

As was widely noted, this group of six adds greatly to the diversity of the federal bench.  Here are the speeches given yesterday by Arizona's Senators John McCain and Jeff Flake, emphasizing their varied backgrounds and heritages:


And, here - starting at about the 27 minute mark - is the link to the January 28 Judiciary Committee hearing on the six nominations, along with the written Questions (and Answers) for the Record. 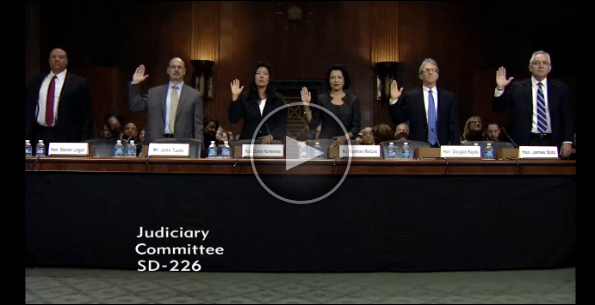 (Assistance in preparing this article was graciously provided by Paul Weich, a Phoenix attorney.)

We welcome your comments about this post. Or, if you have something unrelated on your mind, please e-mail to info-at-arizonaspolitics-dot-com or call 602-799-7025. Thanks.
Posted by Mitch M. at 8:52 AM