(UPDATE, 8:45am: Americans for Responsible Solutions released two ads attacking McSally on the same issues.  They also posted their justifications for the claims in the ads.  Their position is that McSally "took their (lobbyists') money. Now, she sides with them"; it is based upon a $1,000 contribution to McSally's 2012 campaign from the National Rifle Association and $13,000 in independent expenditures by the NRA on her behalf in 2012.  The second ad is posted below the first.)

The ad is from Americans for Responsible Solutions, the group founded by former Arizona Rep. Gabrielle Giffords after her attempted assassination in 2011.  Incumbent Rep. Ron Barber (D-CD2) was also shot in the mass shooting.

The ad begins running at 10:00 this morning on Channel 4, and is scheduled to run at least through the 7th. (It may have started running earlier on other Tucson stations which have not yet filed their FCC reports.) ARS purchased $18,850 worth of air time from KVOA for the week. 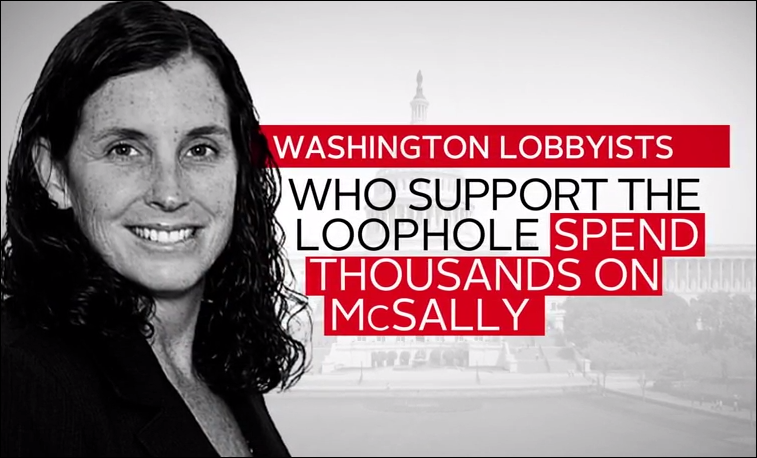