FIRST WATCH: NRCC Dresses Up Kirkpatrick, Tries To Knock Her Down As Carrying Obama's Baggage (FOLLOWING MONEY IN ARIZONA'S POLITICS) 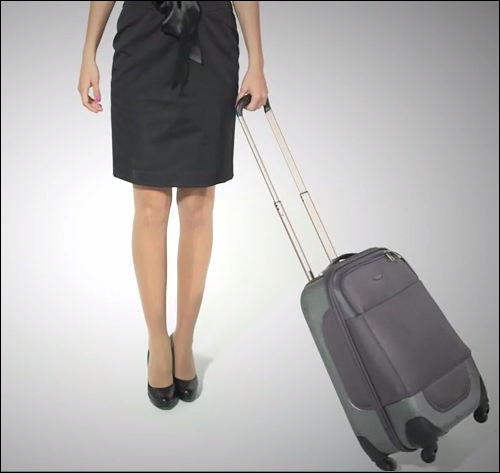 The ad follows around the bottom half of a dressed-up actress portraying Kirkpatrick as carrying "a lot of baggage... President Obama's baggage" when she "comes back home from Washington".  It cites selected votes from raising the debt limit (in 2010, 2013 and 2014) and claims she "refuses to fix Obamacare".

Arizona Congressional District 1 is expected to be one of the most hotly-contested House races in the nation as Kirkpatrick seeks re-election against Arizona House Speaker Andy Tobin.