Tucson Polar Bear Arrested In NYC, Now Endangered There; Was He Tagged?

Tucson's very own polar bear became a hit on Wall Street ONCE he was arrested.  Now, he is endangered there (too). 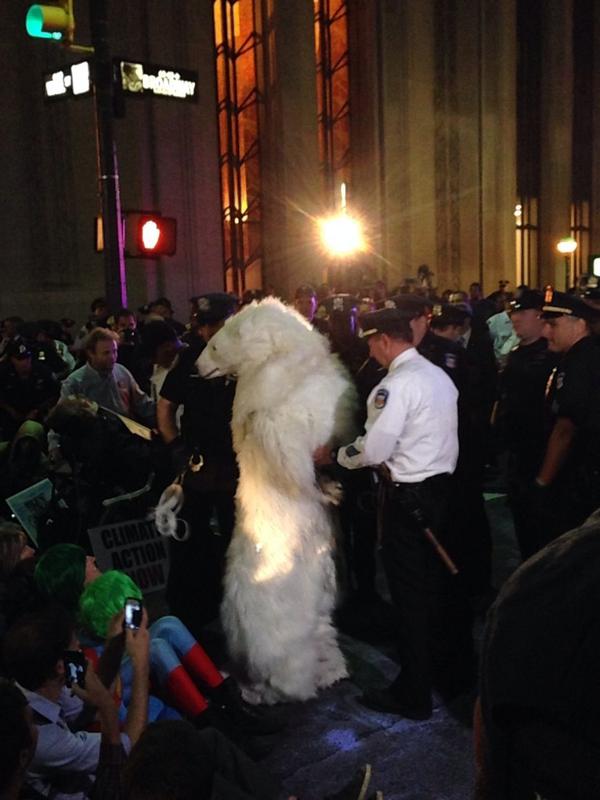 Former Tucsonan Peter Galvin, one of the founders of the Tucson-based Center for Biological Diversity, donned a polar bear suit for the climate change protests in New York.  The sight of a smallish polar bear being arrested became a social media sensation and was written up today in the Washington Post.

The CBD was happy to Tweet and hour ago that Peter "FrostPaw" Galvin and Exec. Dir./Cofounder Kieran Suckling were released back (into the wilds of NYC).  No word yet if they were tagged.


We welcome your comments about this post. Or, if you have something unrelated on your mind, please e-mail to info-at-arizonaspolitics-dot-com or call 602-799-7025. Thanks.
Posted by Mitch M. at 1:06 PM